How to open a bank account in Australia over the phone 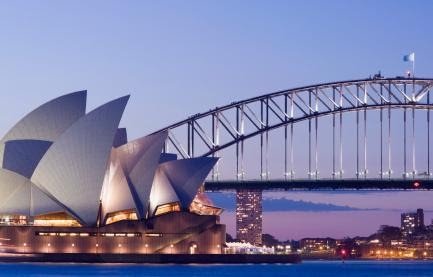 These days it’s very difficult to find a bank that will open accounts for non-resident foreigners, and even do so remotely.

If you cannot show up in person to open an account, it is sometimes still possible to do so through an intermediary who knows exactly who to contact, in which part of the bank.

That’s why we devote so much time to cultivating the right contacts around the world that can assist you in these matters and act as intermediaries for you.

However, if you prefer to deal directly with a bank yourself, but are unable to travel abroad to open an account in person, there is at least one solid bank, in one of our preferred banking jurisdictions, Australia, that will still deal with you.

Remember, Australia is a country with an extremely robust banking system and a strong currency.

On the available evidence, Australian banks today are among the best capitalized in the West; the last bank failure in which any depositor lost any money in Australia was during the Great Depression, in 1931, when depositors in the Primary Producers Bank of Australia lost a negligible amount of their deposits.

Furthermore, in more than 100 years, not a single dollar of taxpayer money has been required to reimburse bank depositors in Australia.

And, unlike in many countries, the Australian government’s deposit guarantee (A$1 million per customer, per bank) is actually backed by a well-capitalized insurance fund backed by a solvent government.

If it were called upon, this insurance fund would actually stand a chance of paying.

Australia has one of the lowest government debt-to-GDP ratios in the West. Indeed, it stands out as being exceptionally low, even when compared to other countries with strong currencies.

The country is richly endowed with natural resources. Its top 3 exports are iron ore, coal, and gold. Moreover, it’s one of the only stable, low-inflation economies in the world where you can earn decent rates of interest on bank deposits these days. The Reserve Bank of Australia’s (the central bank) interest rates are regularly well above the official rate of inflation.

When it comes to opening accounts for non-residents, Australian banks are a mixed bag, however. Some will open, some won’t. There are even fewer banks that will open accounts for people remotely.