A city of 7 million you’ve probably never heard of… 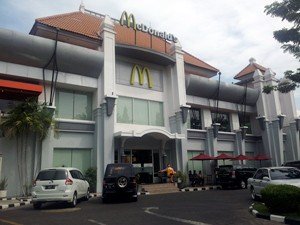 Surabaya in East Java is a glamorous old city that became a colonial stronghold during the time of the Dutch East Indies.  It was also the starting point for the Indonesian independence movement, which fanned out across the archipelago after the Japanese surrender in 1945.

The city probably reached its peak during the roaring ’20s when world famous figures such as comedian Charlie Chaplin and novelist Joseph Conrad for a brief time called it home.

The Hotel Majapahit, where I have been staying, is a magnificent old colonial hotel built in 1910. It was known as the Oranje Hotel, after the Dutch Royal family, and in its early days was THE place to be.

The opulence of the place is quite extraordinary with wall-to-wall marble, hand-made mosaic tiles, and teak.  The Presidential Suite, I am told, is over 8,500 square feet. 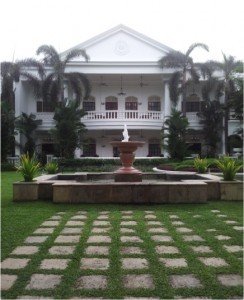 If only the walls could talk. The history all around me serves as a poignant reminder of how empires rise, peak and decline.

The Dutch first landed here to in 1595 to secure spices, reportedly making a 400% return on their investment. Such profit set off a gold rush to the East Indies, and the Dutch empire eventually came to dominate the archipelago we today know as Indonesia for 350 years.

But eventually, the ongoing expense of fighting localized wars against the native people, corruption, and mismanagement led to the empire’s decline.

As Simon and I have repeatedly pointed out in these missives, today it is the United States that faces a similar decline. Having reached the point where they must borrow money to pay interest on the money they’ve already borrowed, the US government has passed the point of no return.

But just because the US government’s finances are toast doesn’t mean US companies are in the same boat.

Sipping a Starbucks coffee in a glitzy new shopping mall in Surabaya once again shows how homogenous the world has become.  Stores here sell western brand clothes as locals tap away on their iPhones, gossiping on Facebook and Twitter.

The packed McDonalds on Surabaya’s main business thoroughfare is a three-story megalith — the biggest I’ve seen anywhere, aside from the old flagship store in Beijing’s Tiananmen Square. 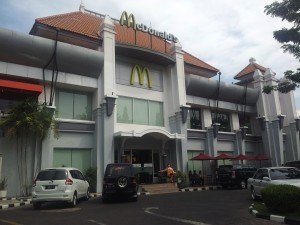 With the possible exception of Vietnam and Myanmar, I see the same things throughout my travels in Asia: the new middle class in Asia aspires to the same things most westerners do.

And those not yet in the ranks of the urban middle class nearly all want to be.  This creates a new demand for the products and services that American corporations are the best in the world at delivering.

Today, Surabaya is Indonesia’s second-largest city with over 7 million inhabitants (3 million within the city limits and another 4 million in the suburbs). China and India have more than 50 cities just like it.

In each one, American companies will tap into vast, new, rapidly growing markets.

So, just because Uncle Sam is going down the gurgler doesn’t mean we shouldn’t be bearish on US companies.  There is literally a world of opportunity beyond America’s borders.

Who needs the government and the military?  Or even US consumers? With tens of millions of new Asian customers, the US is still conquering the globe with movies, jeans, fast food, and the world’s most popular websites.
Until next time,