Chile farmland is some of the most undervalued in the world 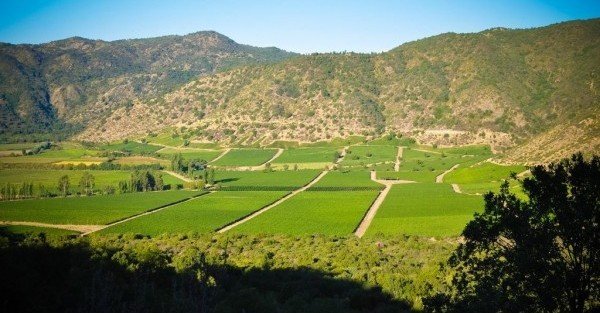 In the world of investing, there’s a lot to be said for buying undervalued assets.

Occasionally the market provides some incredible opportunities to pick up high quality assets so cheap that, to paraphrase acclaimed investor Jim Rogers, all you have to do is walk over and pick up the money lying in the corner.

One of the benefits of traveling the world so extensively is that I’m constantly exposed to these sorts of opportunities. And occasionally surprised when I’m not.

When visiting Bangladesh a few weeks ago, for example, I was surprised that asset prices were so expensive. The Dhaka stock market index was trading at nearly 20x earnings… hardly a bargain.

This only further solidified my view that Quantitative Easing in the West (specifically in the United States) has really taken a toll around the world in creating spectacular asset bubbles. But that’s a different story.

Here in Chile, there’s a number of asset classes that are undervalued. I’ve been very vocal over the last year or two that farmland prices in Chile are some of the most attractive in the world.

Not to mention, the taxes, labor costs, regulatory costs, and overall operating costs are much lower here.

Now, there are places in the world where farmland is cheaper. Africa. Argentina. Bolivia. But you’re taking a lot more political risk. And in most of those cases, you’re not going to find the same rich, volcanic soil and temperate Mediterranean weather.

As I’m heavily involved in agriculture operations here, I’ve made the apples-to-apples comparison (and blueberries-to-blueberries comparison as well). And I’ve found that the profit per acre here is multiples higher than in the US or Western Europe.

It’s possible, for example, to generate 40% to 50% unleveraged returns from high value perennials… and 15% to 20% on seasonal crops like corn.

Now, I really don’t recommend that people try to rush down here and buy farmland. In fact, I strongly recommend against it. Most people are going to be taken to the cleaners.

The hard truth is that it’s -very- difficult to buy property here… and the due diligence requirements can be exhaustive. I spent 9-months conducting due diligence before I closed on my first property in Chile. And there are few credible experts here whose opinions can be trusted.

The market here is very insular. It’s not like being in North America or Europe where you can ask Google to serve up the answers on a neatly organized web page. It takes a LOT of boots on the ground effort.

Not to mention, there are numerous pitfalls for an absentee foreign owner of agriculture property in a country where s/he doesn’t speak the language. And if it goes south, it can be a multi-million dollar mistake.

So as grand as the opportunity in Chilean farmland may be, the challenges are very real.

But there’s something else down here that I think is an even bigger opportunity. It’s easy to purchase, easy to own, and there’s very little maintenance involved. And it’s, by far, one of the most deeply undervalued assets I’ve ever seen.

I’ll tell you all about it tomorrow–