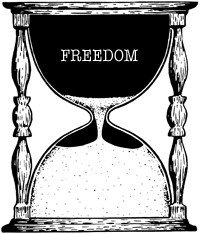 It’s a pretty sad state of affairs in the Land of the Free when they have to pass a law making it illegal for the government to assassinate its own citizens.

More than likely, this bill isn’t going to go anywhere. It’ll get shuffled around to various committees and be largely forgotten. But the fact that it was introduced shows just how far things have fallen in the US.

Again, do they really have to create a law to prevent the government from killing its own people?

Curiously, it’s interesting that this particular legislation stops at outlawing the assassination of US citizens on US soil… as if the Griswolds on their European vacation are acceptable targets…

Or that the bill specifically prohibits using drones to kill US citizens… but nothing else.

This is really amazing. But it’s just the tip of the iceberg.

This sounds mysteriously like a form of price controls.

Then there was H.R. 307, the Pandemic and All-Hazards Preparedness Reauthorization Act of 2013. This 37-page bill awards the government with all sorts of additional powers in the event of what they deem to be a ‘public health emergency.’

This includes quite a number of Big Brother tactics like national vaccine tracking and initiating BIOSURVEILLANCE operations.

Then there was H.R. 951, a bill “to promote the economic self-sufficiency of low-income women through their increased participation in high-wage, high-demand occupations where they currently represent 25 percent or less of the workforce.”

This is a quota system, plain and simple… using government funds to induce private companies to hire from a particular demographic pool.

So, in just a week’s time, the political elite in the Land of the Free gave us bills which:

It really makes me wonder… how much more will it take for people to notice how rapidly they’re losing freedom, or how destructive the political leadership is?