One very strange use for silver coins 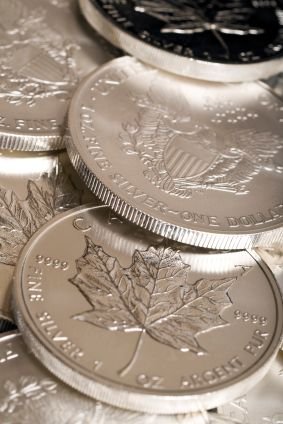 The nature of what is ‘legal’ has become a truly bizarre concept these days. Developed nations of the west have hundreds of thousands of pages of rules, codes, regulations, laws, decrees, executive orders, etc., many of which are contradictory, archaic, and incomprehensible.

Across these ‘free’ nations, the law is selectively enforced, selectively applied, and completely set aside whenever it pleases the state. As such, even the most harmless of activities (operating a lemonade stand, collecting rainwater, etc.) can be cast as illegal… while the direct theft of people’s wealth through taxes and manipulation of the currency is considered legal.

There is no morality anymore in the law. And even still, whatever few activities may still be considered ‘legal’ are subject to consequences if the enforcers simply decide they don’t like it.

I have a good friend you might like to hear from on the subject; his name is Jake Lawless (an assumed pen name for reasons which will become obvious), and he is a bit of a master when it comes to skirting the line between what’s legal, and what they just don’t like.

I’m a beneficiary of mortgage brokers who believed that housing prices would rise forever. The US real estate crash, plus high gas prices, forced a lot of people to sell their luxury vehicles… and the sudden glut caused prices to fall dramatically.

I didn’t think much about the market for pre-owned luxury cars until one day an engine fire from a cracked turbo manifold in my truck left me stranded. After a day’s search, I found a beautiful car for sale in Nevada, and the asking price was a fraction of the pre-crash peak.

I then contacted the dealer, wired a $500 deposit, and bought a ticket to Las Vegas… all after explaining that I wanted to purchase the vehicle with pre-1965 US quarters.

You may know that, before 1965, many US coins had a very high silver content. As such, they had intrinsic value… real worth, completely independent of “faith” or “because we decree it thus.”

At the airport, I played my part in security theatre, dutifully removing my shoes after heaving my luggage onto the conveyor. There was a flurry of activity on other side of the x-ray machine. A crack TSA operative stormed up, indignant. “WHOA sir…I have to inspect your luggage.”

Mind you, there is no law against transporting 54 pounds (24.5 kg) of quarters onto an airplane, but that didn’t seem to matter. He just didn’t like it. The TSA guy opened my luggage to find a ziptied cloth bag labelled “$1000”.

“What’s this all about?”

“That’s a bag of quarters. I’m on my way to Vegas,” I said, showing my boarding pass. “I have a system for playing the slots.”

“Wow… will you go through all these?”

“Can I cut the zip tie off and have a look?”

“I’d rather you didn’t, unless you have another zip tie…I don’t want 4000 quarters rolling all over the plane.”

Upon arrival to Las Vegas, the dealer picked me up and drove us directly to a coin shop. I gave him the coins, around $1,000 in face value, and he handed them to the clerk who promptly issued a check for roughly $25,000 made out to the dealer.

It was a legitimate swap– $1,500 worth of legal tender changed hands (my $500 original deposit plus another roughly $1,000 in face value of the pre-1965 quarters), plus value-for-value was bartered between two grown adults.

I drove away with a bill of sale for $1,500, which I then submitted to my state DMV authorities as a basis for them charging me a vehicle tax. Frankly, I think this is highway robbery. Why my state has its hand out every time two individuals conduct a private transaction is beyond me.

But what can anyone do about it? Lobby the state legislature? Rock the vote? Protest… and hope we don’t get arrested, beaten, or shot by those sworn to protect and to serve? Give someone at the DMV a stern lecture about economic freedom?

Trying to change this system is a waste of resources. It’s a race that everyone will lose. Besides, you could spend your whole life lobbying to change one law, and by the time you succeed, they’ll have already passed another 10,000 new, even dumber laws.

Fact is, no one can do anything about this. Just like nobody can prevent Ben Bernanke from dropping money from helicopters. We can’t stop the price rises from monetary inflation, we can’t stop out of control spending (and theft) at all levels of government.

What we CAN do is take sensible steps to protect what’s ours… and then use their own stupid rules against them. It’s a much easier way to win.