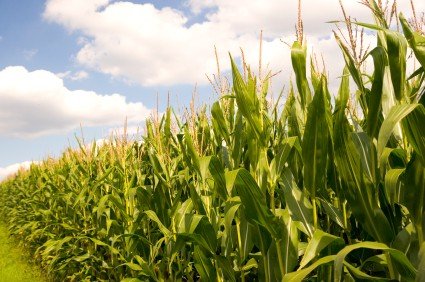 I don’t get angry very often, but here’s something that managed to really push my buttons.

Around America the same phenomena are occurring:  In some of the nation’s poorest towns, it’s becoming illegal to be resilient.

This is absurd! The people who need to harness the power of self-reliance the most are being denied the freedom to do so, by towns that are wedded to a dysfunctional past.

Jason wants to become more self-reliant.  He wants to increase his family’s food security and improve his future.  To accomplish this goal, Jason started small by deciding to raise chickens and turkeys to feed his family.

What happened next is shockingly perverse. Due to pressure from his fellow neighbors, the Township is now forcing Jason to get rid of his entire coop of 26 chickens and 3 turkeys.

It appears that there’s antiquated suburban legislation in place that prevents him from being self-reliant.  The town has a zoning ordinance that decrees that raising chickens on less than five acres of land is illegal.  The specific act of raising chickens is considered a “farming activity” that can only be executed on plots of land five acres or larger and specifically zoned for farming.

Seriously? This ordinance essentially means that being productive or engaging in economic self-help is a against the law unless you own land that is five acres or bigger.

What makes this particularly counter-productive is that in higher socio-economic US communities — areas with family incomes three times higher than Holland Township — there are zero restrictions on raising chickens.

Here’s what I have to say to the Holland Township and other towns like it:

DON’T make resilience a crime based on notions of what a home and community used to be in a fading industrial era.

Instead, do the opposite. Make it easy community members to produce the food, energy, water, and other essential resources. Create the platforms that allow members of the community to easily grow and sell what they produce. Embrace sustainability and the prosperity it offers.

What happened to Victory Gardens?

Remember when nearly everyone was encouraged to produce more of what they needed locally?  Here’s an image of one of Boston’s many victory gardens during WW2. (Boston Common, 1944)

It’s incredible how quickly and how easily people in developing countries decided to forgo their rights to economic independence at the individual and community level.   It’s also amazing to wonder how long it will take to regain this independence  as financial turbulence and environmental disruptions increase in frequency and severity. The silver lining is that we can produce almost everything we need at the local level better than we do at the global level right now.  All it takes is a conscious effort to do so…

Lots of people don’t get the degree of transformation underway in manufacturing the products we use on a day to day basis.

They look at 3D printers and the things they make as toys.  Granted, it does look that way.  Here are some items produced locally by the “Rep Rap Vision.” An open hardware project by Matt Underwood in Mahomet, Illinois (the project was completely funded using Kickstarter — Awesome!)

The ability to manufacture products locally is going to get much better in the immediate future.  Remember, not too long ago the products we bought from China and Japan looked very similar to the ones above.

They don’t anymore…  Just something to think about.