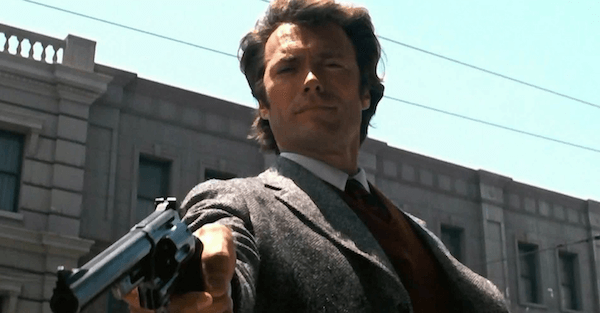 In 1559 while on a trip to southern Bavaria, Swiss scientist Conrad Gesner spied a curious flower in the garden of a diplomat in Augsburg.

The flower was called a tulip, derived from the Persian word dulband, meaning “turban,” which described its conspicuous shape.

He asked the man who owned the flower about its origins and determined that it came from Constantinople in the Ottoman Empire, modern-day Istanbul.

It was rare, something that only the very wealthy could afford to import directly from Constantinople.

By the early 1600s the rage had caught on to the upper middle class, especially in the advanced economy of Amsterdam and the Dutch Republic.

As demand grew, the price of tulips kept climbing, and soon people started buying up the flowers as a speculation.

In time no one was actually buying tulips anymore to keep them as a personal luxury item like they had done in the past.

Tulips had become nothing more than a speculation– people would buy, hold for a short while, and then sell at a much higher price.

This is the first classic sign of a bubble.

Whenever people starting buying up some item or asset exclusively because they expect to sell it quickly after a rapid price increase, and not for the asset or item’s originally intended purpose, you can be certain that you are in a bubble.

It was the same with the housing bubble back in the early 2000s.

No one was buying houses anymore to live in them, or even to rent them out for other people to live in.

After all, that’s the intended purpose of residential real estate.

No, instead, everyone was buying houses with the sole intention of selling them off in a short while after a rapid price increase.

The thing about Tulip Mania is that it continued for years, defying any possible logic or reason.

The price history of tulips is shocking, though a bit opaque; no two tulips were the same, so one species of tulip was priced totally differently than another.

Some were more moderately priced. Others were insanely expensive, with famous stories of a single bulb costing as much as a house.

In Charles Mackay’s great book Memoirs of Extraordinary Popular Delusions and the Madness of Crowds, there’s a story of a single bulb of the Semper Augustus species being sold in 1636 for 12 acres of land.

Another was bought for a new carriage, two horses, AND 4600 florins (worth over $160,000 today based on the content of precious metals in the florin at the time).

[Bear in mind that the average house in Holland rented for about 55 florins in the mid 1630s.]

And that wasn’t even the top of the market.

A 1989 academic study published in the Journal of Political Economy, shows, for example, that the Semper Augustus species reached its peak at 5500 florins (roughly $193,000) in 1637.

But Semper Augustus was THE premium bulb. The lower quality species didn’t sell for as high a price, but the price growth far more ridiculous.

A standardized lot of Gouda species, for example, sold for about 1.5 guilders in early 1635. Two years later the price was nearly 10x higher.

Even in the final weeks of the bubble, prices were still soaring.

This was right around the time that retail speculators jumped into the market.

Until 1634 the tulip market was dominated by professional growers who had a good understanding of the business.

After 1634, though, people were quitting their jobs to trade tulips full-time.

A lot of them started making unimaginable sums of money, crediting their newfound wealth to intelligence rather than dumb luck.

This is another classic sign of a bubble: when the average Joe starts making tons of money in a market (and often credits that fortune to his smarts).

I’m telling you all of this because Bitcoin just crossed the $2,800 threshold. Actually as I write this Bitcoin just passed $2,900. And by the time you receive this it may be north of $3,000.

Look, I am no detractor of cryptocurrency. Blockchain and cryptofinance are incredibly powerful tools. They are the future.

One day when people actually adopt cryptocurrency as a medium of exchange, there will be real fundamentals underpinning the price.

But right now this is just pure speculation showing all the classic signs of a bubble.

No one is buying Bitcoin for its originally intended purposes, i.e. to be a decentralized medium of exchange.

People are buying because they’re betting that the price will go up. Just like tulips.

Moreover just like tulips, there are countless ‘non-technical’ users who couldn’t tell the difference between Blockchain and Blockbuster that have made tons of money… and think they’re really smart (as opposed to lucky).

So if you’re thinking about speculating in Bitcoin right now, there’s only one question to ask yourself: