This asset has outperformed the Tulip Bubble, Mississippi Bubble, and dot-com Bubble 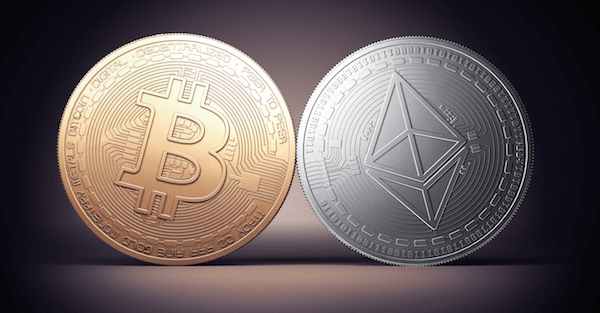 This morning I had the pleasure of spending an hour of my life tracking down a missing wire transfer that had been sent to a large, multinational bank more than two weeks ago.

I’m sure you’ve been there, being passed around various departments like the village bicycle, each time having to re-explain the entire situation to someone brand new.

Finally someone found the missing funds, and the person told me me they would release the money later today. But that it would still take 3-5 business days for the funds to hit the recipient’s account.

This is infuriating. It’s 2017. Seriously. It’s not like they have to load a pallet full of cash onto a cargo ship and float it across the ocean.

Banking is completely digital now, and transfers should be instantaneous. At most it shouldn’t take longer than a few hours.

As we hung up the phone I thought, “I can wait for cryptofinance to put you guys out of business.”

It’s true. There’s going to come a day when financial technology eradicates the entire banking system and renders it as obsolete as blacksmiths pounding on horseshoes.

Sending money overseas through the banking system can take several days and cost $20, $50, even $200 or more.

And while cryptocurrency transfers over the blockchain are taking longer today than they used it, transactions are still settled in a few hours, sometimes just a few minutes.

Transfer costs across the blockchain have increased as well. But you’re still talking about a dollar or less.

Compared to the conventional banking system, transferring funds via the blockchain is much more efficient.

The same goes with savings; it’s possible to deposit money directly within the blockchain instead of the banking system. No more fees, no more hassles.

And as long as you take the proper safeguards (just as you would take safeguards to protect your online bank account), holding funds in the blockchain is perfectly safe.

But… it’s not all rainbows and buttercups in the world of cryptofinance. This is a nascent concept, and plenty of unresolved challenges remain.

Bitcoin has clearly become more user-friendly in its eight years of existence, and the other cryptocurrencies and blockchains will certainly follow that trend.

But if you look at Ethereum, right now the world’s second biggest blockchain platform, you need to be a HIGHLY experienced software developer in order to create one of its ‘smart contracts’.

Then there’s the issue of volatility… which may be the single biggest impediment to cryptocurrency adoption.

Again, look at the Ether token that runs on the Ethereum blockchain; on January 1st of this year the Ether price was less than $10. Today it’s nearly $350.

That’s a 35x jump in just over six months.

It’s hard to find another asset with that sort of performance. Ever.

Even John Law’s doomed Mississippi Company stock in the 1700s only increased 20x in a year.

With cryptocurrency, the swings are violent in both directions. It’s NOTHING for Bitcoin or Ether to move up/down 10% in a single week. That level of volatility is almost expected now.

Again, this is a problem– volatility is a major hurdle to adoption.

As an example, big retailers (like Wal Mart) have razor-thin profit margins of less than 3%.

So if Wal Mart were to accept Bitcoin, it’s entirely possible that the Bitcoin price could drop more than 3% before Wal Mart converts the Bitcoin to US dollars… meaning Wal Mart would either lose money or pass the excess cost onto the consumer.

Either way, someone’s paying for the volatility.

Long-term, these challenges are likely going to be solved. Cryptocurrency has only been around for a few years– it needs more time.

I look at something like the Swiss franc, which is 167 years old and used by roughly 8.5 million people within a very tiny geography.

The total market size of the Swiss franc is about $1 trillion based on the central bank’s most recent statement of M3 money supply.

By contrast, the combined market size of Ether and Bitcoin (the two largest cryptocurrencies), is about $75 billion.

Yet their user bases already exceed 15 million with absolutely no geographic limitations. And they’re growing every day.

The Swiss franc, of course, has minimal volatility and zero complexity.

So it stands to reason that when these remaining challenges for cryptocurrency are solved, their supply/demand fundamentals could support prices that are far higher than today’s.

But not yet. There’s still plenty of uncertainty, and a ton of work to do.

For now try to ignore the hype… and the spiraling prices.

Don’t feel like you’re going to ‘miss out’ if you don’t buy crypto today.

A lot of people thought the same thing in the late 90s, that they didn’t want to miss the chance to make money in tech stocks.

Bear in mind the market crashed in 2000, and some of the top performing tech companies like Google and Facebook didn’t IPO until years later.

Right now the most important thing to do is UNDERSTAND cryptocurrency– how it works, the possibilities and challenges, applications and risks.

The same rule applies with any investment– don’t buy anything unless you really understand it, whether it’s a stock, bond, apartment building, or cryptocurrency.

The right education can open the door to new, lucrative investment opportunities. And it can make the difference between a great decision and a terrible one.

So don’t worry about the bitcoin and ether prices right now. There will be more opportunity to make money in crypto.

Instead, focus on the best investment you can possibly make: the one you make in yourself and your own education.