The new American Dream: rent your home from a hedge fund. 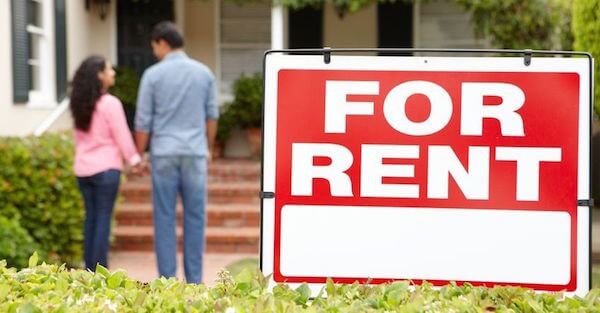 About a month ago I joined the Board of Directors of a publicly-traded company that invests in US real estate.

The position brings a lot of insight into what’s happening in the US housing market. And from what I’m seeing, the transformation that’s taking place today is extraordinary.

Buying and renting out single-family homes has long been the mainstay investment of small, individual investors.

Single-family homes were one of the last bastions of investment freedom for the little guy.

(Real estate is how I got my own start in business and investing so many years ago; I was a 21-year-old Army lieutenant fresh out of the academy when I bought my first rental property.)

But all that’s changing now.

If the deal goes through, the combined entity would be the largest owner of single-family homes in the United States with a portfolio worth over $20 billion.

And this is only the latest merger in an ongoing trend.

And of course, Blackstone was one of the first institutional investors to start buying distressed homes, forking over around $10 billion on houses since the Great Financial Crisis.

At one point, Blackstone was reportedly spending $150 million a week on houses.

There are some medium-tier players coming into the market as well. A friend of mine runs a fund that owns about 2,000 rental homes in Texas, and he’s buying every property he can find.

I called him for his perspective on what’s happening in the housing market. Here’s what he told me–

There are lots of little guys assembling portfolios of 10-100 homes. And I like to buy these guys out because they have much higher funding costs than us.

And, eventually, as we get larger, medium-sized funds like mine will get bought out by Blackstone and the other mega players.

This means there’s essentially an ‘arms race’ building among the world’s biggest funds to control the market, squeezing small, individual investors out of the housing market.

Then there’s the situation for renters.

In other words, the American Dream of owning your own home has been fading.

It’s easy to understand why–

US consumer debt is at an all-time high of over $1 trillion (mostly credit card debt), with an additional $1.3 trillion in federal student loans.

Americans… especially younger people, are far too heavily indebted to be able to save any money for a down payment.

Moreover, despite all the hoopla about the low unemployment rate in the US, wages are totally stagnant.

(Plus bear in mind that most of the jobs created have been for waiters and bartenders!)

So the average guy isn’t making any more money, or able to save anything… all while home prices soar to record levels as major funds gobble up the supply.

This means that the new reality in America, especially for young people, is that if you’re lucky enough to not be living in your parents’ basement, you’ll be relegated to renting your house from Blackstone.

But… there is some interesting opportunity in all of this.

With a supply of more than 17 million rental homes in the United States, there’s a LONG way to go for this trend to play out. We’re still in the early stages of the mega-fund consolidation.

And some savvy little guys are figuring out how to cash in on this trend.

They need to buy homes in big volume… hundreds, even thousands at a time. And they’re willing to pay a premium if they can buy in bulk.

That’s why medium-sized funds like the one my friend runs in Texas are basically assembling large portfolios with the sole purpose of flipping everything to the mega-funds.

But smaller investors can play this game too.

Medium-sized funds need to buy in bulk as well. They don’t have the time or resources to buy up homes one at a time.

This creates a unique, niche opportunity for individual investors to assemble small portfolios, say, 10 properties, with the sole purpose of flipping to medium-sized funds.

We know some people already doing this—

They essentially put several single-family homes under contract simultaneously (with only a small deposit on each home).

But, BEFORE they close, they make arrangements to flip the entire package of homes to a medium-sized fund through a double-escrow closing.

This structure guarantees a neat profit to the small investor while requiring limited up-front capital.

And like most great investment opportunities, it’s been very lucrative so far because very few people are doing it.