This is a potentially life-changing investment 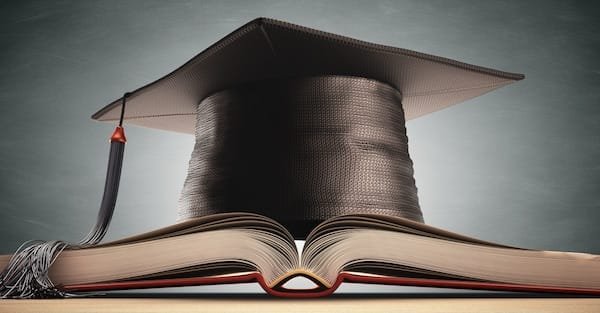 Yesterday I wandered out to the hotel pool to cool down from my workout, only to find a handful of Americans in the midst of a screaming match.

There were 6 or 7 of them altogether. Some pro-Trump, others vehemently anti-Trump.

They were shouting… literally shouting… at one another about transgender bathrooms, Islam, Obamacare, the border wall, and just about every other trending topic in the Twitterverse.

The temper tantrum from both sides was truly disturbing.

There was zero discourse or intellectual engagement, just insults and mockery. It seemed a strange way for either side to make America great again.

What struck me as most bizarre, though, was how both sides ceded control of their entire lives over to the government.

The anti-Trump people felt like everyone was screwed and the world was coming to an end.

The pro-Trump people felt like the gravy train had arrived and it was all smooth sailing from here on out.

I hate this attitude… this idea that the government has more control over our lives than we do.

It doesn’t matter who’s in office. We are the ones who are in control of our own lives.

And we have far more power to influence our futures than any politician or government or central banker.

We might not be able to impact the economy or set interest rates, but we can absolutely improve our own personal finances and increase our investment returns.

None of this depends on anyone else; it’s merely up to us having the right education and will to act.

This week we’ve been discussing key risks in the financial system.

I’ve explained, for example, why financial markets are unsustainably overvalued.

Big companies have been borrowing billions of dollars to artificially inflate their stock prices, and major value indicators are flashing warning signs.

But I’m not the kind of person to simply identify a problem, and I promised to give you some credible alternatives.

Because the most obvious investment alternative is to invest in yourself— in your knowledge and education to learn something that can make an impact in your life.

We’ve been programmed to conflate “education” with formal schooling.

This is totally wrong, especially when it comes to money.

Very rarely does anyone learn how to be financially successful in high school or university.

Even the mere definition of financial success is misunderstood despite years of mandatory public schooling.

Just like the concept of education, financial success is often conflated with having lots of money.

Money is not the same as financial success. If that were the case there wouldn’t be so many lottery winners who ended up back in the trailer park.

Being wealthy, at least from a financial perspective, has much more to do with WHAT (and WHO) you know, not how much you have right now.

Real financial wealth is having the knowledge and ability to build assets and generate income, whether through business, investment, sales, etc.

By the way, I’m not talking about making millions of dollars and having a fleet of private jets.

I’m talking about learning skills that can generate some extra income on the side—even just a few hundred or thousand dollars each month.

This is completely achievable for ANYONE… it just takes the right education to build those skills.

Public schools teach us how to be good taxpayers and subordinate ourselves to government authority. They don’t teach business and financial skills.

Books are a great place to start. My life was changed, for example, when I first read Robert Kiyosaki’s Rich Dad, Poor Dad more than 17 years ago.

I learned so much just from reading that book, and today I’m fortunate enough to call him a friend.

But perhaps the most valuable thing I’ve ever learned is that if you want to be great at something, you have to learn from other people who are already great at it.

This goes for anything– photography, Kung Fu, business and finance. Anything.

The master/apprentice model was the foundation of education for thousands of years.

But today we’ve replaced it with a university system that saddles 22-year old kids with $70,000 in student debt, yet little direction about what to do next.

This is a big reason why we hold a free youth entrepreneurship camp each summer.

Every year I invite ultra-successful entrepreneurs and investors to provide intensive mentoring and critical skill development in business and finance.

We want our students to prosper, so that in the future they’ll be able to have a positive impact on the prosperity of others.

This summer is our eighth year, and of all the various ventures I’ve been fortunate enough to start, this youth entrepreneurship event is the most important to me.

People sometimes ask, “What’s the catch?” They’re skeptical because we don’t charge anything to attend.

Simple: because it matters.

Historian Will Durant summed it up in his seminal work Lessons from History when he wrote:

“Civilization is not inherited; it has to be learned and earned by each generation anew; if the transmission should be interrupted for one century, civilization would die, and we should be savages again.

“So our finest contemporary achievement is our unprecedented expenditure of wealth and toil in the provision of higher education for all.“

That’s why we hold our entrepreneurship camp. And why we don’t charge anything to attend.

The application deadline is in a few days… and applications have been rolling in from dozens of countries around the world.

If you know of any sharp young people who could benefit from real education, please pass along the information.