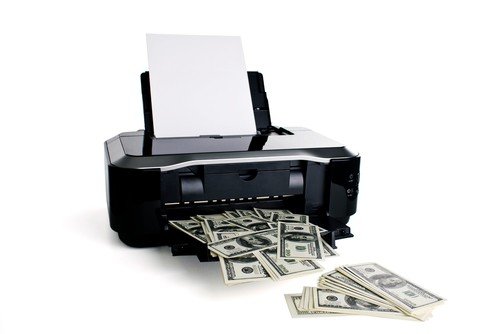 It’s clear to everyone by now that the government of the largest country in the world is careening towards default in just over 200 hours.

Yet curiously, even though the US government’s completely ridiculous, untenable fiscal situation is a front page embarrassment for the entire world to see, markets have barely budged.

A few very short-term rates have shot up, but for the most part, stocks are very close to where they were before the shutdown.

The US 10-year yield has actually dropped over the last month, from 2.95% in mid-September to 2.64% today… pretty much where it was a week ago before the shutdown began.

(Bear in mind that the 10-year yield in Italy, Spain, etc. were all over 7% at the most recent peaks of their respective crises…)

Meanwhile, other rates like the 30-year Treasury and 30-year fixed mortgage rates are even a hair lower than they were a week ago.

There’s been almost none.

The conventional wisdom right now is that, since the government shutdown is reducing US GDP growth by approximately 0.1% per week, the Fed is going to keep printing money to the tune of $85 billion per month (or roughly $1 TRILLION annually).

Remember, at the beginning of the global financial crisis, the Fed had less than $500 billion in US Treasury securities and almost zero mortgage backed securities (MBSs).

Today, the Fed owns over $2 trillion of US government debt (a 4-fold increase) and another $1.3 trillion in MBSs.

They’ve completely mopped up every ounce of liquidity. And in doing so, they’ve twisted interest rates and manipulated every asset class from stocks to bonds to real estate to commodities along the way.

Stocks and bonds haven’t moved because nobody cares what’s happening in the US government anymore. And that’s because every serious investor understands that the US government long since abdicated any economic power to the banking sector.

The US government and the incompetent elected officials are just giant stooges in this deeply flawed monetary system.

And this debt ceiling charade only proves it. The secret is out there in the open. And now it’s completely obvious who’s really in charge.