Buying and Storing Gold in Singapore 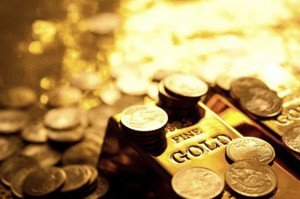 We’ve discussed at length the importance of owning precious metals. The financial system is so full of insolvent banks and bankrupt governments, and gold is one of the few assets that you can own which is not simultaneously somebody else’s liability.

Now, there are no shortage of products out there to buy gold. All you have to do is log in to your discount brokerage account and buy some ETF shares. But doing so almost defeats the purpose of owning gold to begin with.

Gold is a safe haven. It’s an ‘anti-currency’ and proxy against the financial system. The more perilous bank and government balance sheets become, the more attractive gold becomes because it carries none of these risks.

But if you ‘invest’ in gold through the financial system– futures, ETFs, etc.– then you’re taking all of those risks. You don’t get the safe haven benefit this way.

Instead, the best way to own gold bullion is to buy physical. Specifically, buy recognized physical coins and bars. Examples include one-ounce Canadian Maple Leaf coins and ten-ounce Credit Suisse bars. The market for these is well-developed and HIGHLY liquid, worldwide.

If you happen to live in a bankrupt western nation, it’s also important to consider storing your physical gold abroad in a safer jurisdiction. After all, the history of our own ‘free societies’ tells us that insolvent governments routinely resort to plundering citizens’ wealth in a desperate attempt to make ends meet.

Storing gold in a safe, stable jurisdiction out of your home government’s reach is one of those things that makes sense, no matter what. With the right storage partner, there’s very little downside to doing this. And, should things become difficult in the west, it will prove to be an exceptionally smart move.

Having traveled to more than 100 countries, I can say unequivocally that Singapore stands out as one of the best places in the world to own and store gold. Here’s what I like about it:

1) It’s one of the safest places on the planet. There’s practically zero crime.

2) There’s no corruption either. Singapore is one of the most transparent places in the world. If someone doesn’t abide by the terms of a contract, for example, any foreigner could get a fair hearing in court to enforce the contract.

3) Singapore is optimized for business and investment. Taxes on income and profits are low. There is no capital gains tax. It’s quite easy to set up a company. And practically every nationality in the world can travel here visa free.

4) It’s stable, and growing. This is not some fledgling third world country that has a coup every other Tuesday. Singapore has long been one of the wealthiest places in the world per capita, and it has a very, very bright future as one of the world’s largest financial centers.

Singapore recently made it even easier to store gold here, dropping the sales tax on investment grade precious metals. For gold, this includes the Maple Leaf, Buffalo, Kangaroo, and Panda. US Eagles and South African Krugerrands are not included as their purity is too low. Silver Eagles, however, qualify for tax exemption.

Since the law took effect, the precious metals trade in the country has taken off.  Premiums have fallen some 20% in recent weeks as new businesses enter the market and competition heats up.

United Overseas Bank (UOB) has the largest gold sales division out of all the major banks here; premiums for one ounce coins are around $65 to $70, roughly 3.5%. This is much lower than in the past, and I suspect the margins will keep falling.

UOB also has a safety deposit box division; small boxes cost $175 (USD) annually, though you must open an account with the bank first. It is possible for non-resident foreigners to open an account at UOB, but you must be physically present.

A better safety deposit box option in Singapore is Cisco Certis– it’s a non-bank facility with top of the line security and cheaper rates, about $120 (USD) annually for a small box.

I’ve been here for most of the week negotiating special arrangements with banks, brokers, and security firms so that foreigners can ship their existing gold here, or buy new gold, without having to fly out here. More to follow on that soon.