Yesterday I learned about this great residency loophole 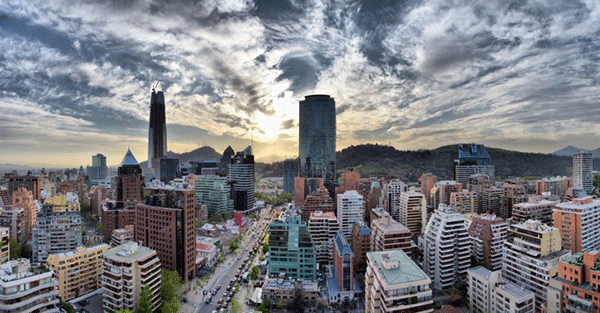 Yesterday I had the opportunity to break bread with a good friend of mine who is an alumnus of the Startup Chile entrepreneurship program.

This is a really unique program that the government launched in 2010 at the behest of one of Chile’s leading entrepreneurs. In its first few months, Startup Chile brought 22 entrepreneurs from 14 countries to Chile, providing each with $40,000 in equity-free seed capital, residency permits, and access to local investment capital.

My friend was part of the very first group, and I’m proud to say his company has gone on to become quite successful. The firm has grown from zero to over a dozen employees, and they’re on track to bring in a few million dollars this year.

The best part about it, as he told me, is how easy they are making it to do business in Chile. I already wrote a few weeks ago about a recent law that will allow people to register new companies, for free, instantly.

This is truly groundbreaking. Even in places like Hong Kong and Singapore, which are consistently ranked as THE best places to do business, there is some time and expense involved with registering companies.

More importantly, though, they make it really easy for you to actually be here and do business. Productive foreigners are welcome here with open arms. You can become a Chilean resident by demonstrating a modicum of financial means, by starting a company, or simply by signing a work contract with a Chilean firm.

This means that if you come to Chile and start a company, you have incredible latitude to hire whomever you like, no matter where they’re from. My friend (who is European) has hired several Chileans, North Americans, and Europeans, all of whom are working for him in Chile.

Curiously, Chile has one of the lowest unemployment rates in the Western Hemisphere. Nobody here is moaning about foreigners ‘stealing their jobs’. Quite the opposite. And the country’s economic success is proof that openness works.

(Along the same lines, Chile is party to more free trade agreements than any other country in the world.)

For foreigners, obtaining residency here is a great deal. Chile follows the European system in that they grant you temporary residency first. But in as little as a year, you can apply for permanent residency, at which point you’ll be well on your way to acquiring a Chilean passport.

The nice thing is that maintaining permanent residency is a cinch. “Permanent residence” is a misnomer… in nearly every country in the world, from the US to Paraguay, there are always string attached in order to maintain residence.

In Chile, though, it’s quite easy. You only need to set foot on Chilean soil once each year.

And as my friend informed me yesterday, if you can’t make it to Chile within a calendar year, there’s a loophole to get an extension from any Chilean consulate for up to four years in a row. This means that you only need to spend one day in Chile every five years to maintain permanent residency. Simple.

My team and I have been operating and investing in Chile for several years, and through our extensive contacts, we’ve devised a no-hassle residency process that’s both easy and cost effective for foreigners.

I’ll be sharing this service exclusively with members of our premium intelligence service, Sovereign Man: Confidential shortly. Sign up for a no-risk trial if you want to find out more.