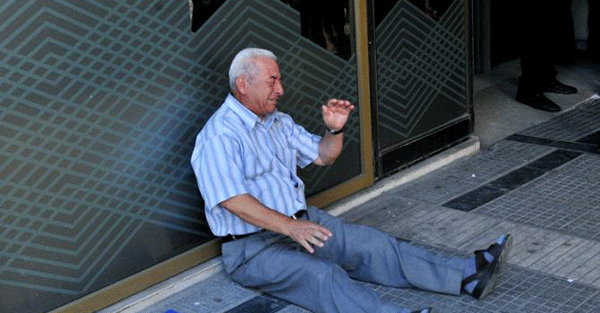 By plane, Asia and Europe are 12 hours apart. But on the ground the gap feels like decades.

It’s always a shock to leave a place like Vietnam (where I was last week) and fly to Europe.

Whereas here in Europe, sometimes it feels as if nothing’s changed in the last five centuries.

All eyes may be on Greece right now, but in reality, the economic malaise is widespread across the continent.

Italy is gasping to exit from its longest recession in history, while unemployment figures across Southern Europe remain at appalling levels.

In France, the unemployment rate is near record highs.

Finland, once a darling of the Eurozone, is posting its worst unemployment figures in 13-years.

Even in Austria growth is flat and sluggish.

The real problem is that every one of these nations has violated the universal law of prosperity: produce more than you consume.

This is the way it works in nature, and for individuals.

If you spend your entire life going in to debt, making idiotic financial decisions, and rarely holding down a stable job, you’re not going to prosper.

This is a complete and total violation of the universal law of prosperity. And as their financial reckoning days approach, history shows there are generally two options.

The first outcome is that a country is forced to become more competitive– to rapidly change course and start producing more than it consumes.

It’s like a bankrupt company bringing in a turnaround expert: Apple summoning Steve Jobs in its darkest hour.

But here’s the thing: if a nation wants to produce, it needs producers. That means talented employees, professionals, investors, and entrepreneurs.

So any bankrupt nation that wants to survive is going to have to roll out bold incentive programs to attract talented people, growing businesses, and capital.

Even the UK has been working to slash its corporate tax burden and attract more multinationals to its shores.

Portugal has been offering residency in exchange for real estate investment, which has helped stabilize its troubled property market.

And I expect Greece to launch similar programs; we might even see the Greek government selling off passports bundled together with an island. No joke.

They’d be well advised to do so; because the second option for bankrupt nations is to slide deeper into chaos.

Rather than changing their course and trying to produce more than they consume, struggling governments instead often choose to seize and confiscate everything they possibly can.

This only makes them decline faster, dragging down anyone whose assets are within the government’s reach.

This is why it makes so much sense to have a Plan B.

If your home country fails to produce more than it consumes, it’s not safe to hold 100% of your assets there.

This is really a very simple concept: don’t keep everything you’ve worked to build for your entire life in a bankrupt country.

It’s hard to imagine you’ll be worse off for doing something so sensible.

Even if everything seems fine at the moment… even if it feels like your government has the situation under control… it still makes sense to develop a Plan B.

In fact, now is the best time to do so– when it’s calm.

After all, the absolute worst time to start thinking about where to move your assets is after the metaphor hits the fan.

Any sense of tranquility in the markets, or strength in your currency, is NOT a reason to be complacent. It’s an opportunity to make sensible decisions to diversify, including steps like:

– Moving some emergency savings abroad to a well-capitalized bank outside of your home government’s control.

– Take a hard look at your investments and consider reducing your exposure to any absurdly overpriced paper asset bubble. Strive to purchase high quality assets on the cheap.

– Own something real as a hedge against the system– precious metals, cash-producing (and food-producing) farmland, etc., all ideally held outside of your home country.

– Reduce debt and invest in your family’s financial education.

– Consider a second passport (it’s the ultimate insurance policy) or at least a second residency abroad to ensure that, no matter what happens in the world, you and your family will always have a place to go.

Take advantage of the time you have now to take simple, common-sense steps and ensure that everything you’ve worked to achieve won’t vanish in an instant.