Here’s how you get a free passport 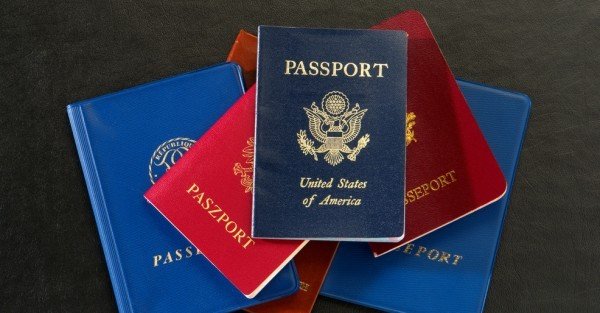 Today is a pretty great day for Team Sovereign Man.

As I’ve mentioned before, we’ve got a very close-knit team down here in Chile– people from all over the world. They hail from places like Slovenia, Lithuania, Ukraine, New Zealand, Argentina, Thailand, etc.

We’re all human beings, citizens of the world. Passports are nothing but antiquated leashes to keep us tethered to insolvent governments. It’s a way of dividing people instead of uniting us.

Unfortunately passports are a necessary evil.

Without one, it’s difficult to travel worldwide or even do basic business like registering a corporation or opening a bank account in most places.

But since we don’t get to live in a world of zero passports, I advocate having several. Because it’s much better than the default option– one.

A passport is nothing more than a certificate of accident of birth. It tells the world that you just happened to be born on a piece of soil or to particular parents, either of which is a total fluke.

But because of this total fluke, we human beings are born with certain obligations, none of which we ever actually signed up for.

I think this is total crap. Human beings are born free. We do not come into this world owing anything to anyone, least of all some politician.

Yet for folks who go their entire lives with a single passport, a single nationality, they have no other choice.

More than likely, the country in which you were born (or the country of your nationality) has a total monopoly on you. They have no competition.

That’s why they can treat you like a Medieval serf… or dairy cow to be milked at their discretion. What option do you really have?

It’s the same reason why that big public utility where you live can have such horrible customer service– they don’t have any competition. What else are you going to do– shut off your water?

It turns out, though, that you can obtain other passports… other nationalities in your life. You can introduce a bit of competition in this equation. So by obtaining a second passport, suddenly you have another option.

Having more options means more freedom. It means that if your government becomes more oppressive, you are no longer chained to it.

In many ways it’s the ultimate insurance policy. And it’s a policy that need not really cost you anything.

Back to my intro– a member of my team here from Ukraine has just received today a second passport from Nicaragua.

Her home country is in tatters at the moment, ripped apart by civil war and revolution.

She already has residency here in Chile. But with this new passport, all sorts of new possibilities open up.

She can now travel with ease across the region, and even get visa-free access into Europe (which she cannot do with her Ukrainian passport).

She received this second nationality simply because she has ancestors from Nicaragua… and she went to the trouble of finding the appropriate records and applying.

A number of countries have similar laws– if you have parents, grandparents, and sometimes beyond from that country, you too can obtain a second citizenship and passport.

Hungary’s government lets people demonstrate ancestors as far back as the Austro-Hungarian Empire. Spain is issuing passports to descendants of Sephardic Jews from five centuries ago.

If you’re persistent, there are a lot of options out there. And except for a few FEDEX charges, the cost of obtaining citizenship by ancestry is minimal.