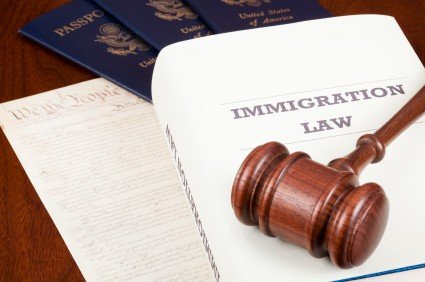 I was approached recently by a member of our Sovereign Man community who filed the paperwork to relinquish US citizenship some time ago. Long story short, after an incomprehensibly long wait, the US government finally sent him a reply: Application DENIED.

Absolutely shocking. That you even have to ‘apply’ to relinquish what you never signed up for is intellectually insulting. That you cannot do so freely, and immediately, is nothing short of totalitarian.

While some renunciants have philosophical misgivings about being American, most do it for tax reasons. There’s a growing number of expats who, despite living abroad for years, are still paying huge portions of their income to Uncle Sam.

What’s more, the filing requirements are getting more and more onerous. US citizens living overseas have to keep up with all sorts of changes to the tax code that they may not be privy to, and the penalties for noncompliance are severe.

I can’t tell you how many friends I have who are US citizens living abroad that had no idea they were supposed to file the Report of Foreign Bank Account (FBAR) form every year; or the new FATCA form 8938; or those with businesses that must file form 8858 or 5471.

Usually these things come with pretty nasty penalties, possibly up to $10,000 per instance of failure to file.

Then there’s the latest, greatest tax target: accidental US citizens. This group consists of foreigners who happen to be dual nationals because they were born in the US or have an American parent.

These foreigners have spent their entire lives outside the US.  They know absolutely nothing about US tax code. Now they’re getting Dear John letters from the US government saying-

“I see you are a US citizen but have never filed your taxes. Please enclose a check for the following absurd amount of money, which includes interest and penalties for the last 20-years…”

Such tactics smack of desperation… typical of the same sorts of cannibalistic moves that failing, bankrupt governments throughout history have exacted upon their people.

Citizenship is nothing more than accident of birth. Yet in the modern nation-state paradigm, governments lay claim to citizens from the time they’re born as if we’re property.

Children are saddled with obligations that they never signed up for– taxes, compulsory military service, a debilitating national debt, etc.

Most countries at least have procedures to voluntarily surrender citizenship for those who choose to opt out of the system; in the United States, it is contained in section 349 of the Immigration and Nationality Act.

The process usually takes place overseas at a US consulate– you have to fill out a series of forms, swear an oath in front of a government official, and eventually file a final tax return. Some people even have to pay a steep ‘exit tax’ on the value of their assets.

I know dozens who have done this, and from what my friends tell me, many of the consular officials attempt to impugn, insult, or otherwise intimidate people looking to surrender their citizenship. It’s their last-ditch effort to keep the milk cows from escaping the dairy farm.

For example, one official tried terrorizing a friend of mine last year in South Africa, saying, “This smells like TAX EVASION to me!”

Despite all the forms, the bureaucracy, and the intimidation tactics, I had never heard of a case where someone’s properly submitted ‘application’ to surrender citizenship has been denied (bar Ken O’Keefe). Until now.

But in what may be the most distinguishing mark of a totalitarian state, the US government has now officially prevented someone from freely leaving the system. The Soviet Union comes to mind.

It certainly does make one wonder to what desperate lows they will sink to next.