Nine of the biggest myths that people believe about the system 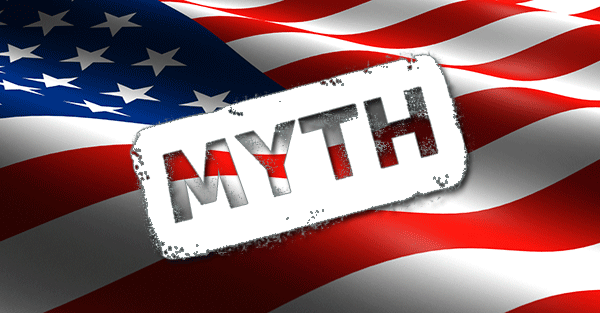 Years ago, an elderly, frail Japanese martial arts master once boasted a 200-0 record against his opponents.

He claimed to have a unique power that allowed him to inflict serious injury on people without actually laying a finger on them.

Was it Chi? Magic? None of the above. It was a total scam. But that didn’t matter.

You see, the legend of the master’s powers turned out to be far more powerful than reality.

His core following of students believed in the master so much that they would fling themselves across the dojo whenever he raised his pinky finger.

And anyone who saw the display would become transfixed by the perception of the master’s extraordinary abilities. It was an incredible case of mass delusion.

Everyone believed it, including the master himself. He was so confident in his skills that he put up a $5,000 challenge that he could beat any fighter in the world.

A mixed martial arts champion accepted the wager, and the result wasn’t pretty.

As you can see in the video, the master is quickly knocked to the ground with a broken nose and a pool of blood. Observers scramble to find a doctor to come to his aid.

You can almost hear the sound of reality quickly taking hold from the gasps of his students. No one could bring themselves to believe that the master had been so quickly beaten.

To an outsider, it seems so obvious that this guy is a phony (just watch the video). But mass delusion is an incredibly powerful force.

We see the same effects in the West today—mass delusions everywhere.

People seem to believe their governments are almighty beings capable of performing magic—water into wine, debt into wealth.

Here are some of the biggest myths we see in the system today:

1. The dollar will continue to be the dominant currency.

This is a total farce. Grumblings grow louder around the world to establish a new non-dollar financial system, and China has taken the lead to make this a reality.

2. The US is still the dominant military power in the world.

If you measure by the quality of trained personnel, this is true. But what good is all of that military power if you can’t afford to do anything with it?

3. The police exist to protect the people.

Wrong again. With so much civil asset forfeiture taking place at the point of a gun (federally funded assault rifles), it’s clear they’re far more concerned about protecting those that maintain the status quo than protecting you.

In the US, they spend so much on mandatory entitlements and interest they could eliminate almost the entire government and still not run a balanced budget.

At that level of desperation, it matters not who’s in power.

5. Your bank is safe

Your bank might HAVE a safe. But if you look at objective data, many banks in the West have incredibly thin levels of capital and liquidity—the exact opposite of what a safe bank is supposed to have.

And bear in mind that even if your bank is reasonably capitalized, you are still guaranteed to lose money on a tax adjusted, inflation adjusted basis if you you’re holding your savings there.

6. You have to go to college in order to get ahead

Quite the opposite—going to college in many cases can get you behind; just ask any 36-year old still paying down that $100,000 student loan debt.

The world is a big place full of opportunity. Skills and experience matter more than pieces of paper.

Here’s a better option, especially for young people: head overseas, and become an apprentice to a successful, knowledgeable individual that you respect.

Any young person who thinks that going to college is a good idea should just ask any of their unemployed friends saddled with $100,000 of debt if it was worth it.

Ufff. The mainstream media exist to paint a distorted version of reality so that people are kept placated, docile and largely clueless about what really goes on in the world.

8. Debt doesn’t matter because we owe it to ourselves

Whoever first said this must have a lot of whips and chains in his closet because he seems to enjoy pain.

If we owe the debt to ‘ourselves,’ that means that we will need to default on ourselves.

9. The United States is the Land of the Free

Draconian surveillance efforts on its citizens. Punitive taxes, fines and regulation. Rising police state. Telling people what they can or can’t put in their bodies, how to grow their food, who to adore, who to hate. Preventing them to collect their own rainwater and live off the grid.

The list goes on and on. And so do the myths. Are there any more that you see? Let us know here, or on our Facebook page.