No inflation to see here…. 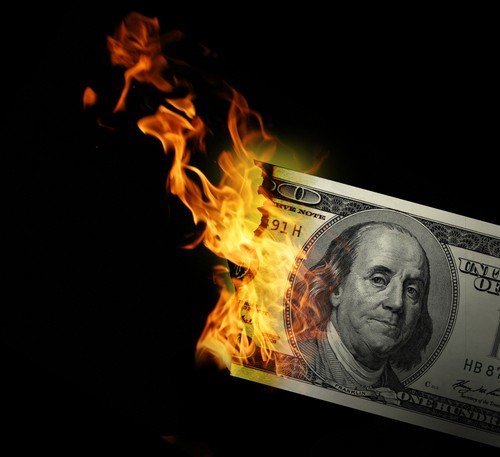 One of the biggest lies in finance is this perpetual deception that inflation is good.

Ben Bernanke, the current high priest of US monetary policy, recently remarked that it’s “important to prevent US inflation from falling too low.”

Well of course, we wouldn’t want that, would we? Just imagine the chaos and devastation that would ensue if the cost of living actually remained… you know… the same.

One shudders at the mere thought of price stability.

Of course I jest. Fact is, inflation benefits those who are in debt up to their eyeballs at the expense of people who have been financially responsible.

Yet economists have somehow managed to convince people that inflation is just and necessary.  We all know inflation exists. But we’ve been programmed to shrug it off as if it’s a natural part of the system.

The even greater deceit is how they report the figures.

Governments all over the world lie about inflation; they do this because inflation has such a huge impact in monetary policy.

The playbook they all use is very simple– as long as inflation is ‘low’, then central bankers can print money. So they have a big incentive to underreport it.

Quoting a report from the US Department of Labor, for example, a recent headline from Reuters stated “U.S. consumer prices rise, but underlying inflation benign”.

I’m not entirely sure how inflation can be ‘benign’ while consumer prices are simultaneously rising.

Yet this is the modern day doublethink coming from the Ministry of Truth that we are all expected to unquestioningly believe.

Inflation does exist. I’ve seen it all over the world as I travel. In India right now, the reported inflation figure just hit 10% at a time when the economy is sagging.

In Bangladesh, workers are now rioting over rising cost of living, which far exceeds the proposed wage hikes that are on the table.

In the Land of the Free, the average price of a movie ticket is $8.38 earlier this year, another record high. Walnut farmers in California are now reaping record high prices on their crop.

And of course, McDonald’s is now killing their once popular dollar menu as they can no longer afford to sell anything at that price.

There are examples everywhere. And this also goes for asset price inflation.

We can see many stock and bond markets near their all-time highs. But then there are other asset classes… like farmland in Illinois, which is now selling for $13,600 per acre.

With an average yield of 160 bushels per acre, the net financial return after paying variable costs is less than 2%. It just doesn’t make any sense.

And in the art world, a Francis Bacon triptych just sold for a record $142 million at Christie’s in New York.

Everywhere you look, there’s overwhelming evidence of bubbles and price hikes. It’s simple. There’s too much money in the system.

Not only is this destructive, it’s the height of deceit to tell people that there’s no inflation.