Say goodbye to the nation state, this is how the new system will look 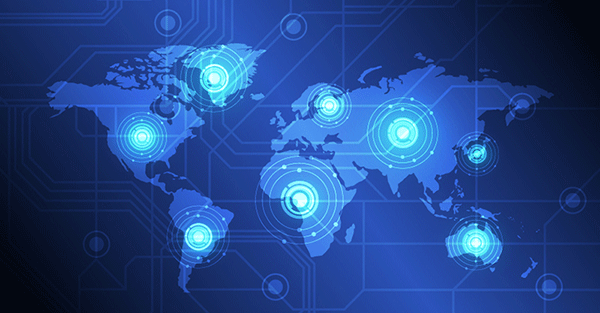 In the moment after the musicians finished their last song, the silence was broken by the faint tune of someone singing “Mu isamaa on minu arm”.

The singers on stage quickly looked at each other nervously, but seeing strength in each other’s eyes they began to join in.

The year was 1969, and the Soviet leadership that held control over Estonia had banned this patriotic song. Singing it was a crime.

Yet an entire crowd of people defied the secret police and sang it anyway, sparking a peaceful rebellion against an oppressive system.

This seems to be the Estonian way. And today the country is making another unique stand against the existing system.

This time rather than fighting against Soviet domination, they are rebelling against the anti-business, anti-freedom policies of governments across the world.

Doing what has never been done before, the Estonian government has recently introduced an “e-residency” program for foreigners.

The idea is to enable people from around the world to very simply establish a unique digital presence in the country, and then carry the benefits of that with them wherever they go in the world.

E-residency is not the same as traditional residency. We’re not talking about actually moving to Estonia.

But the government there understands that in today’s world, geography is not particularly relevant.

We all have digital personas with which we transact business and engage with one another. So what if your ‘digital self’ could actually ‘live’ somewhere and have rights, privileges, and benefits?

That’s precisely what Estonia’s government is trying to do.

E-residents are issued a digital card that allows the holders to do things like:

Given that corporate income taxes for undistributed profits in Estonia are zero, this is a massive perk to any entrepreneur or anyone interested in diversifying where they bank and source their income.

Estonia wants to make it easy for you to start your business and make money.

At the moment, to apply for the e-residency you need to go to Estonia in person. The whole process takes less than two weeks and costs just 50 euros.

But starting in 2015, you’ll be able to submit your application for e-residency at any Estonian embassy or consulate around the world.

This is a trend we’re seeing play out with increasing regularity.

The current system is based on racking up massive amounts of debt, conjuring money out of thin air, and coercing people with big militaries to use it.

Today the antique nations of the Western hierarchy (primarily the US and Western Europe) do everything they can to drive away talent, productive businesses, and innovation.

But that system is on the way out.

And governments are actually forced to compete with one another to attract talented residents and businesses.

Panama, for example, has a fantastic program called the “Friendly Nations Visa” whereby people from dozens of countries can obtain residency quickly and easily.

Here in Chile, almost any foreigner can obtain instant permission to work.

Across Asia, in places like Malaysia and the Philippines, governments have created programs to attract retirees.

And even in bankrupt Europe, governments have created special tax incentives for foreign investors to mop up all of the excess housing liquidity in places like Spain, Greece, and Portugal.

Despite the accelerated onslaught on freedom and opportunity across the Western world, there are places that recognize they have to compete for the best and are following up with action.

Estonia is really taking things to the next level with e-residency, and it’s an encouraging sign of where this trend is headed over the long-term.