The west has just become a giant banana republic 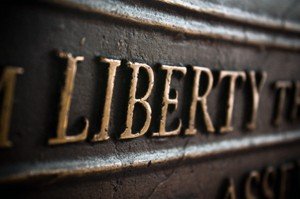 Wikileaks founder Julian Assange has made an admirable habit of enraging western governments over the last few years, particularly the United States.

Most notably, his release of classified diplomatic documents in 2010 proved ruthlessly embarrassing, shining a spotlight on the absurd,
petty little world of international relations.

Ever since, the US government has done everything it can to stop him. Short of assassination. They shut down his website, but mirror sites instantly popped up. They sought legal action, but their efforts have been impeded by the bureaucratic deftness of his attorneys. They froze his bank accounts… but donations have poured in from all over the world.

Along the way, Uncle Sam co-opted a number of allied nations to set aside their principles for the sake of US interests–

Australia (his home country) has remained conspicuously silent on the matter, raising not a single word of protest in his defense. One high ranking Aussie politician even publicly suggested that Assange should be killed.

Sweden has happily played along, trumping up dubious allegations about Assange and issuing an international arrest warrant.

And now there’s the UK, where Assange has been based. The British government located and arrested him, yet after his legal team was able to secure bail and delay extradition, Assange sought refuge at the Ecuadoran embassy in London. He’s been living there for two months in violation of his bail.

Assange knows that, if extradited to Sweden, he’ll be shipped off to face the death penalty in the US… so the stakes are clearly high. He even petitioned Ecuador’s president Rafael Correa for political asylum, and just hours ago, Correa agreed.

Swarms of British police have now descended on the Ecuadoran embassy in London. This, on the heels of the British Foreign Ministry issuing a warning letter to Ecuador’s government threatening to “take actions in order to arrest Mr. Assange in the current premises of the [Ecuadoran] embassy.”

Such a move would be appalling, to say the least.

Article 27 of the latter, for example, states that “the receiving State [the UK in this case] shall, even in case of armed conflict, respect and protect the consular premises, together with the property of the consular post and the consular archives.”

In a way this is almost poetic. Assange is the man who exposed western diplomacy for the fraud that it is. That he would be sent to his death by an egregious violation of its most fundamental principle seems strangely appropriate.

Regardless, the whole affair is perhaps the foulest example that western governments will ignore their own laws, or selectively apply them, whenever they see fit.

Legal precedent means nothing. Rule of law means nothing. Free speech means nothing. Their own treaties mean nothing. It’s unbelievable. Anyone in the west who honestly thinks he’s still living in a free society is either a fool or completely out of touch.

If that seems too radical an idea, consider that ECUADOR is now the only nation which stands to defend freedom and human rights against an assault from the United States, the United Kingdom, and their spineless allies.

The west has just become a giant banana republic. Have you hit your breaking point yet? If not now… when?