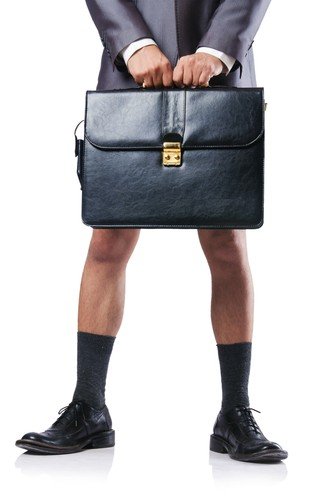 Do you remember the $700 billion bailout of the financial system in 2008?

It seems these days that most investors do not. People are partying like it’s 1929… as if all the issues and challenges that plagued the banking sector just a few years ago have miraculously vanished.

This thinking is absurd, and even a casual glance at the balance sheets of so many banks in the West shows objectively that the entire system is still precariously leveraged, undercapitalized, and illiquid.

In the wake of the bailout, Congress created a special position to oversee how the funds were spent. Like anything else in government, they used an unnecessarily long name followed by a catchy acronym–

(The first SIGTARP was a former federal prosecutor who had previously indicted 50 leaders of the Revolutionary Armed Forces of Colombia… just the right man to keep a watchful eye on bankers.)

SIGTARP just released its quarterly report to Congress… and it’s scatching, suggesting that “the toxic corporate culture that led up to the crisis and TARP has not sufficiently changed.”

There are some real zingers in the 518 page report, including:

Moreover, the report calls into question the Treasury Department’s administration of the bailout.

For example, many banks have been delinquent in making TARP payments, or payments to one of TARP’s sub-programs.

Yet while many banks are delinquent by 1-2 quarters, according to the report, roughly 3% of the banks who received funds under the Community Development Capital Initiative are more than –two years– behind in their payments.

Yet the Treasury Department has done nothing to enforce terms on behalf of taxpayers.

Most alarmingly, though, the report throws a giant red flag on the Treasury Department’s deceit.

In 2011, the report states, 137 banks took in billions of dollars of funding from the Treasury under the Small Business Lending Fund (SBLF). They then used those funds to repay their TARP loans.

But the Treasury Department still reported that TARP was being repaid, suggesting in a May 2013 press release: “Taxpayers have already earned a significant profit from TARP’s bank programs.”

SIGTARP writes that “Treasury should not. . . call these funds “repayments” or “recoveries”. Treasury owes taxpayers fundamental, clear, and accurate transparency and reporting on monies actually repaid.”

Something tells me this woman isn’t going to have a particularly long career in government.

And given the Obama’s administration’s track record against whistleblowers, SIGTARP had better start booking her flight to Moscow. Or better yet, marry a Brazilian.