Tunisia: Blood in the streets? 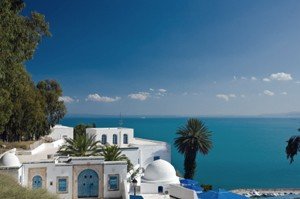 Banking tycoon Baron Rothschild is credited with saying that ‘the time to buy is when there’s blood in the streets.’ Rothschild took his own advice, making a fortune buying deeply undervalued assets following Napoleon’s defeat at the Battle of Waterloo.

Tunisia’s uprising was some 18-months ago, so it hardly qualifies as blood in the streets today. To give you an example, the local stock market (Bourse de Tunis) has recovered from its post-revolution lows, and the TuniIndex is up 17.6% in the last 12-months.

Despite the runup, though, share valuations are not astronomical by any objective measurement; some of the Bourse’s largest companies are valued at less than 10x earnings. With few exceptions, though, dividend yields are 2% to 4%.

These numbers don’t make Tunisian stocks a screaming BUY, though I expect solid long-term growth; as Europe continues to implode, the Tunisian economy will benefit from European companies seeking to park capital and move their operations elsewhere.

One up and coming industry that has a lot of potential is offshore call centers. In Tunisia, like in nearby Morocco, it’s commonplace for locals to speak several languages– Arabic, French, English, and often Italian or Spanish to boot. A few firms are starting to take advantage of this low-cost, polyglot labor pool.

Long-term, I suspect this could be one of many thriving service-based industries in the country. And it sorely needs a boost– unemployment is quite high, and the only net job growth over the last 12-months has been in the public sector.

Furthermore, with Tunisia’s budget deficit north of 6% of GDP and total debt nearing 50%, the country is another example of financial markets recovering long before the labor market, public finances, and the general economy.

Tunisia’s central bank has definitely played its role in this phenomenon. In the 12-months following revolution, M3 money supply jumped 9.2%, a significant figure for an economy that does not have the luxury of issuing the world’s reserve currency.

The central bank has thrice lowered bank reserve requirements over the last year from 12.5% to just 2%, and twice lowered its key interest rate (currently 3.5%).

Consequently, it’s great to be a bank in Tunisia, though not especially convenient to be a bank customer. Interest rates for depositors are lackluster, and the banks do not share the same conservative capitalization ratios that are common in the region.

So overall, neither stocks, bonds, nor term deposits are screaming deals in Tunisia at the moment. What I did notice, though, is that some areas of the property market are phenomenally undervalued. (Notwithstanding some exceptions like agricultural land, foreigners can own property in Tunisia…)

My standard benchmark for value in residential property is a sales price of $1,000 per square meter (roughly $100 per square foot). That’s cheap anywhere in the world for quality property, and frankly not too many places meet the standard– Ecuador and Colombia among them.

Tunisia shatters this benchmark, with even some of the highest quality apartments in the country selling for below $900 per square meter. Some quality existing homes are even listed at far below the cost of construction, under $600 per square meter.

This makes Tunisia one of the most attractive property markets I’ve come across in a while. Because unlike its stock market, Tunisian property is still priced like there’s blood in the streets.