WARNING: Avoid this corrupt, third-world country at all costs 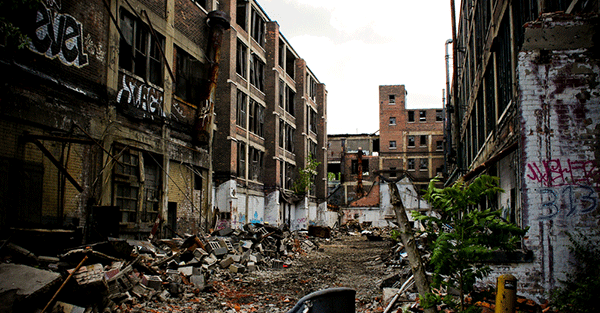 John Anderson, an American tourist from San Clemente, California, was driving down a poorly-maintained highway when he saw flashing lights in his rearview mirror.

After a brief exchange with the local police officer, Anderson was shocked when the cop started searching his vehicle.

Anderson had $25,180 in US dollar cash in the car, which by the way was not a crime according to the local laws.

When the cop saw it, he told Anderson that we would take it and threatened him with arrest if he protested.

Anderson couldn’t believe it. This is the sort of stuff you always hear about in these third world countries—corrupt cops and state robbery.

Ultimately Anderson gave in; the cop let him go and did not charge him with a crime, but took every last penny in the vehicle.

And for the last two years, Anderson has been trying to unsuccessfully fight it in the country’s Kangaroo court system.

Clearly we should all avoid going to such dangerously corrupt third world countries.

Except in this case, Anderson was in the United States of America. And he is far from being the only victim of this highway robbery known as Civil Asset Forfeiture.

Since 9/11, police forces in the Land of the Free made over 62,000 seizures without charging anyone with any crime, stealing $2.5 billion in cash alone.

The cost of taking legal action against the government is so high, that only about 17% of the victims actually challenged the seizures.

And even then, only 41% of those that challenged have been able to get their money back.

This means that the government has a better than 93% success rate in outright theft.

This is worse than mafia—it’s blatant theft with impunity from the people that are sworn to protect and serve. It’s the kind of thing that is thought to only occur in heinously corrupt countries.

Here’s the good news: many people are waking up to the reality that they’re not living in a free country.

They are starting to understand what I call ‘the criminalization of existence.’

Every last detail of our lives is regulated—what we can/cannot put in our bodies, whether we can collect rainwater or unplug from the grid, how we are allowed to educate our own children, etc.

Driving this point home, a Tennessee woman was actually thrown in jail earlier this month for ignoring a city citation to trim some overgrown bushes in her yard.

The irony is that, even though many people are starting to realize this, they’re looking to the very institution that has enslaved them to solve the problem.

It is their own government that has created this system.

It is the government that passed US Code section 983 (Rules for Civil Forfeiture), allowing the police to commit highway robbery.

It is the government that continues to arrogantly, brazenly spy on every citizen despite overwhelming public outcry.

It is the government that continues to bring forth new regulation at an absolutely astounding rate.

Just today (this is 100% true), the US federal government published an eye-popping 490 pages of new rules, proposals, and regulatory notices.

To give you a little taste, today’s regulations include:

There’s even a new rule upholding fines for unauthorized playing of digital recordings.

You can’t make this stuff up—they are regulating nearly everything.

It’s government that does this. They are the problem, not the solution.

Looking to government to solve the problem that they themselves created is completely irrational. They are incapable of righting themselves.

The solution – the power – is with the individual.

All the tools and all the resources to distance yourself from this system already exist.


On one hand, there’s always the possibility of leaving. The American Dream is still alive and well… it’s just no longer in the United States. Not to mention all the financial, business, investment, and lifestyle opportunities for the taking.

But even if you stay, there are dozens of ways to take back your freedom.

For example, why hold 100% of your savings and assets in that jurisdiction when they could easily confiscate everything?

There are so many great, safe jurisdictions in the world to bank, to invest, to own property, and to store assets. And you can set all of this up without leaving town.

The solutions are out there. It’s time to consider them before becoming a statistic.

P.S. Here’s more proof that the official inflation numbers are completely phony… yet another market that has reached an all time high.