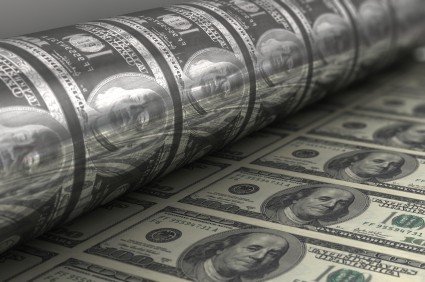 One of the things that’s really unique about this part of the world is having access to so many people with first-hand experience of living under Soviet rule.

It’s a bizarre thing to say, but the stories they have to tell are extraordinary.

Last night I had dinner with some friends, including one woman who was just a child at the end of World War II.

She explained to me that her family had been wealthy landowners near the capital city… until the Soviet-controlled government came in, confiscated all of their property, and shipped the adults off to Siberia.

“There were so many opportunities to leave beforehand,” she explained, “but they just never thought things would ever get that bad here. Everyone saw what happened in other countries, but my family never expected that it would happen to them.”

While most people probably aren’t going to end up in Siberia anytime soon, the lesson is still valuable.

Governments steal, then spend, other people’s money with reckless abandon. They conjure paper currency out of thin air, rob the future earnings of generations which have not even been born, and create mind-numbing barriers to real growth.

These are not people who can be trusted to do the right thing.

Here in Europe, the Greek government is helping itself to its citizens’ bank accounts; the Italian government is working with banks to freeze customers out of their accounts without warning.

Spanish police are embroiled in a bloody struggle against bazooka-weilding workers who are protesting austerity measures. EU leaders in Brussels have announced their intention to impose capital controls as part of a ‘rescue plan’.

This is today’s reality. It can happen here, it probably will happen here. And frankly, it’s all unfolding almost exactly as it has so many times before throughout history:

1. A nation rises to greatness and becomes wealthy based on sound principles and the hard work of initial generations.

2. Eventually, being wealthy becomes the natural expectation… an entitlement, rather than a goal to work hard for and achieve.

3. A nation begins living beyond its means to maintain the high life without the hard work, leveraging its credibility to trade tomorrow’s production for today’s consumption.

4. Living beyond its means eventually becomes unsustainable. Government begins to slowly, then staggeringly, devalue its currency.

5. The market (i.e. people) finally wake up to the fraud being perpetrated.

7. Capital flight comes next. People take their money and run.

8. Governments implement capital controls, border controls, price and wage controls, and anything else they can do to maintain the status quo. People find out who the police are really there to protect and serve.

9. Capitulation (default) is the endgame; the system resets itself and begins anew.

This is nothing new. From the 3rd Dynasty of Ur (2000 BC) to Medieval Venice to the familiar stories of Rome and the Ottoman Empire, the world is full of monuments to the past greatness of failed civilizations.

We’re seeing the same pattern unfolding now. And sure, anything’s possible. Maybe the skies open up and the unicorns come out to play and the whole world manages to fix itself without skipping a beat.

But let’s live in reality: there are consequences when nations go bankrupt. And nearly every western nation on the planet is insolvent. That is a fact.

Certainly, the lies from our political leaders are entertaining. But how many more revolutions, riots, defaults, bank runs, stimulus packages, nationalizations, tax increases, pension grabs, etc. will it take to acknowledge what’s happening?

Can anyone afford to keep ignoring reality? Can you?