Why is the US government planning for ‘mass fatalities’ ? 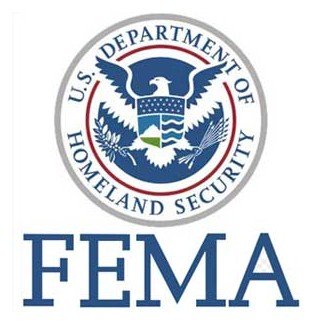 You just can’t make this stuff up.

Late last week, a bill HR 6566 was introduced on the floor of the US House of Representatives. I couldn’t believe my eyes when I read it.

The bill is entitled the “Mass Fatality Planning and Religious Considerations Act,” and its stated purpose is “[to] amend the Homeland Security Act of 2002 to require the Administrator of the Federal Emergency Management Agency to provide guidance and coordination for mass fatality planning…”

The bill was introduced a week ago, but it took the US Government Printing Office until this morning to actually make the text available to the public.

It turns out that my weeklong wait was for nothing. The bill itself is just a handful of paragraphs that merely reiterates the title… that the cracker jack team over at FEMA should be prepared to respond to mass fatalities in the United States, and to account for religious burial differences.

This is just one of those things that makes the stomach turn: the people who brought us the National Defense Authorization Act (authorizing the detention of US citizens on US soil) now deem it prudent to prepare for mass fatalities on US soil…

Moreover, they’re outsourcing it to one of the most failed government agencies in history.

FEMA, as you may recall, is the same organization that couldn’t get bottles of water delivered to New Orleans after Hurricane Katrina… and held up hundreds of seasoned volunteer emergency service workers from entering the city for several days of mandatory sexual harassment training.

I doubt a Soviet boot factory could have botched the job more miserably than that. I can’t wait to see these guys in charge of whatever ‘mass fatality’ event the government is preparing for.

It boggles the mind that this agency still exists… and more importantly, why with so many other problems to deal with, ‘mass fatalities’ is even a topic of discussion at the Capitol.

Whether well-intentioned or not, this strange little bill is yet another telling indication of how the political elite thinks. At best, they’re incompetent and out of touch. At worst, they’re dangerous and sociopathic.

Either way, this ought to be a reminder of what representative democracy really means in the Land of the Free today… and why it’s so important to take control of your freedom.

These people are not the solution. They’re the problem. The real solutions lie within. If you’re not free, you can get free. It just takes a little bit of effort, a reshuffling of priorities, and some rational thinking. More to follow.