You might qualify for this. And it could be life-changing. 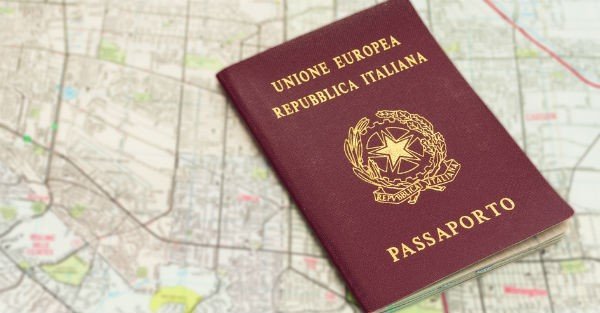 One of the things I’ve concluded from traveling to over 100 countries is that human beings are largely the same everywhere in the world.

Obviously, cultural differences abound. But from Saudi Arabia to Tanzania to Palau to Venezuela to Bangladesh, people everywhere love their children. They strive for happiness. They work at jobs they don’t like for asshole bosses they hate for a wage that doesn’t go as far as it used to.

And they dream of much more.

This is an absurd idea. It’s an accident of birth, and the color of a passport is as irrelevant as the color of one’s skin.

Long ago, a passport was a rare gift from a monarch. Kublai Khan gave the Polo brothers (of Marco Polo fame) a golden passport to ensure safe passage on their way back to Europe, warning any potential highwayman not to interfere with the Khan’s Italian guests.

Today’s it’s just an electronic leash, full of biometric data and RFID chips. It is a means of control, a way to keep people tethered to a particular piece of dirt. And ultimately they serve no productive purpose.

A friend of mine recently demonstrated this absurdity; he’s from Colombia, born to Colombian parents, and had a Colombian passport. So he always faced a high hurdle to obtain entry to the United States.

Then one day he began the process to obtain Spanish citizenship; his grandfather was from Spain, and he was able to prove the lineage on his father’s side, eventually resulting in a Spanish passport.

He was exactly the same guy. Nothing changed. But it was life-changing.

As much as I would enjoy living in a reality in which these useless documents don’t exist, I don’t see them going away anytime soon.

In fact, the trend is for more control and more border security. And in this case, since having zero passports isn’t really an option, I think it makes sense to have as many as possible.

With multiple passports, you’ll open up new possibilities of places to travel, live, work, invest, bank, and do business.

In extreme cases, having another passport means better security. After all, no one hijacks an airplane and threatens to kill all the Lithuanians.

Most of all, having another passport means that you and your family will always be welcome to another place should you ever need to get out of dodge.

Remember, rational people have a Plan B. And considering options for another passport is an important piece of that plan.

There are places (like Spain, Ireland, Italy, and Poland) where you can obtain another passport simply by having ancestry.

I have a very sharp friend here who is an immigration attorney that has obtained Italian citizenship for people whose ancestry goes back up to FOUR generations.

Given the huge European diaspora around the world, this is something that a LOT of people probably qualify for without even knowing.

And best of all, if you can qualify, the cost of obtaining one of these passports is minimal.

Yet if you take it upon yourself to do the legwork now, it’s a gift that can be passed down to future generations of your family who will not even be born for decades.

There are very few investments in this world that can achieve that kind of return. Or peace of mind.

PS: SMC members- watch out for an upcoming alert on this subject, including actionable contact information.