Delusional IMF “delighted” to be marginalized by BRICS 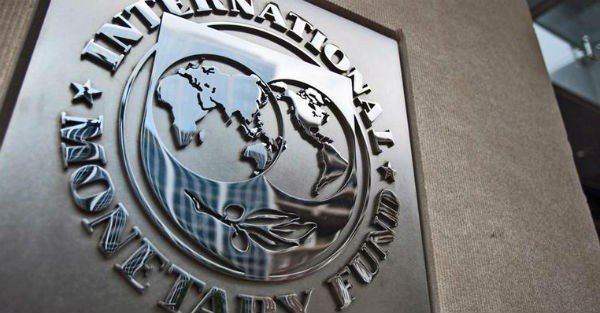 Like a lot of kids who grew up in the 80s, my parents enrolled me in organized basketball when I was around 9 or 10 years old.

We weren’t really any good… just a bunch of kids from the Nintendo generation who would have rather been playing Jordan vs. Bird in our living rooms instead of dribbling through the real thing.

In all honesty I have to say we went two straight years without winning a single game. It must be some sort of record for the sorriest team ever assembled.

But there was this one kid… his name was Robbie… who thought he was some kind of basketball virtuoso.

I mean, this guy really thought he was Michael Jordan even though he sucked just as much as the rest of us.

But this self-delusion led him to believe that he was our team leader (we all hated him).

And Robbie had obviously watched a lot of movies because he used to throw out these lame motivational lines all the time like, “Alright boys, we’ve got ’em right where we want ’em…” when we’d be down 24 to 6.

And he was serious.

Despite a long, painful, losing track record unblemished by even a single success, and faced with overwhelmingly more powerful and skillful opponents, Robbie still managed to believe that he was in control of the game, and of the other players.

It was astounding. Robbie never let reality get in the way of his delusions.

Sure, there’s something to be said for optimism and playing your heart out to the bitter end.

But Robbie had taken clear denail of obvious facts and elevated it to an artform.

Judging by what I’ve just read, I’m thinking Robbie might have grown up and gone to work for the IMF.

Remember, the IMF was formed to be a critical component of the new dollar-dominated global financial system that was created after World War II.

The US has far and away the most voting power with a 17.69% share, so nothing really happens at the IMF unless Uncle Sam approves it.

This might have made sense back in the 1950s. Or even the 80s when Robbie was hogging the ball.

But things have changed. Today, the US is barely the world’s largest economy. It is far and away the world’s biggest debtor. And it constantly punishes the world with destructive monetary policy that weakens the entire system.

Nearly every other nation on the planet for YEARS has been pestering the IMF to catch up to reality.

Think about it– the combined GDPs of the Brazil, Russia, India, China (plus South Africa, known as BRICS nations) is more than the US and Europe combined.

They have 40% of the world’s population, at least 20% of its output, and on a net basis, almost none of its debt.

Yet they have almost no say over the financial system that rules them all. It’s absurd.

They warned the US and Europe for years: “Reform, or we will create our own system to compete with you.”

Now they’ve followed through on their word.

As I reported to you a few days ago, BRICS leaders met in the beautiful city of Fortaleza, Brazil earlier this week to form their new development bank and draft a reserve agreement.

In doing so, they have put the IMF on a path to total irrelevance and taken a huge step towards launching a brand new financial system.

In the summit’s press release, they stated:

“We remain disappointed and seriously concerned with the current non-implementation of the 2010 International Monetary Fund (IMF) reforms, which negatively impacts on the IMF’s legitimacy, credibility and effectiveness. ”

In response, the IMF has released a very brief statement congratulating the BRICS nations and saying that they will be “delighted” to work together.

You have to admire them for trying to put a brave face on their looming irrelevance.

But this is really just more self-delusion and total denial of reality: the IMF, and the entire dollar-based financial system it represents, are finished.

The most powerful economies in the world have just aligned against them, and the IMF is ‘delighted’.

It reminds me of Robbie: “we’ve got ’em right where we want ’em.”

Back in reality, anyone paying attention can look at the score and know exactly how this game is going to end.