Here’s a great way to lose a lot of money– 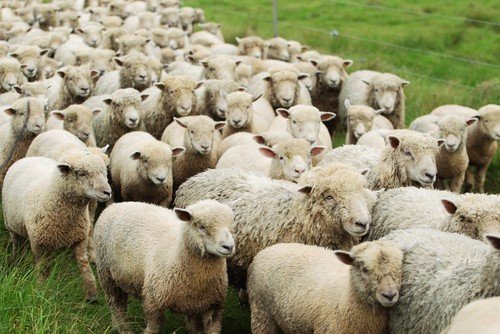 There’s a nasty little parasite that exists in nature known as the nematomorph hairworm (Spinochordodes tellinii) which typically infects grasshoppers and crickets.

Once fully grown, the worm is able to profoundly affect the behavior of its host; most notably, the worm can actually compel a grasshopper to throw itself into water.

This is great for the worm as it needs the moisture to reproduce. But for the grasshopper, it’s deadly.

There’s another vile protozoan known as Toxoplasma gondii. According to a 2007 study, rats and mice who are infected with it demonstrate a marked reduction in natural defenses, making them far more susceptible to being eaten by cats.

Nature is full of these unpleasant parasites which cause their hosts to engage in irrational, destructive, or even suicidal behavior.

Of course, they exist for humans too… especially for investors. In fact probably the number one parasite which affects investors is a very peculiar emotion: fear.

Specifically, it’s the fear of missing out that drives so much irrational investment behavior. Nobody wants to miss a big boom, no matter how baseless the fundamentals.

It’s this fear of missing out that compels people to continue investing in stocks, even though they are near all-time highs and trading at Price/Earnings ratios that are historically dangerous.

Ironically, this fear of missing out is stronger than the fear of loss. But if everyone else is jumping in, it’s easier to ignore the obvious risks of losing our life’s savings investing in ridiculously overvalued stocks.

Following the crowd is a great way to lose a lot of money.

Some of the most successful investors in history have been those who had the courage to go against the investment herd mentality. They conquered the fear of missing out, and they bought what everyone else hated… or looked where nobody else was looking.

In today’s investment climate, though, where central bankers are printing trillions of dollars per year and pushing up the prices of assets everywhere, it’s hard to find too many sectors or asset classes that are ‘hated’. But a few exist:

The market has all but stuck a fork in gold. It’s done. Or at least, so says the conventional wisdom. Taper talk and sentiment of stronger economic growth have prompted investors to mostly abandon gold, silver, platinum, etc.

With losses in the metals and mining margins declining, share prices for mining companies have gone from ugly to bufugly… and many long-term mining investors are collectively ripping their faces off.

Currencies across the developing world– Turkey, India Indonesia, Uruguay, etc. have been battered senselessly over the last few months on fears of a global slowdown despite many of those nations’ stronger economic and demographic fundamentals.

As for what’s not hated– that’s easy. Stocks in the US and Western Europe are at/near all-time highs.

The Chinese renminbi is at a multi-year high. And inexplicably, the market is showing a lot of confidence in both the euro and the dollar right now.

The governments of Spain and Italy, in fact, just issued new bonds at a record low yields… nevermind 57.7% youth unemployment or obscene levels of debt and deficit spending.

And, despite gradually rising interest rates which adversely impact prices and affordability, US housing is once again front and center in the media as a safe investment.

Last– what’s not even on the radar of the collective investment herd?

In my view, few conventional investors are even thinking about farmland overseas (ex-US), or private equity in developing markets. More on those soon.