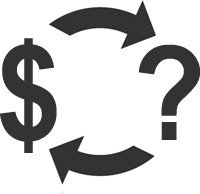 There is no such thing as a ‘good’ fiat currency.

Any model in which a tiny banking elite wields dictatorial control over a nation’s unbacked paper money supply is deeply flawed. The concept itself is dangerous, and comparing fiat currencies is like debating which is the ‘least harmful’ poison.

That being said, the world is not yet at a stage where you can walk into a Starbucks and pay for a few lattes with a quarter ounce of silver. Society still functions on paper currency, and if you want to engage in commerce, you have to pick one.

We’ve frequently mentioned several currencies in this column which are better options, i.e. ‘less ugly’, than the others.

Yet if the US dollar continues its path to irrelevance, the Hong Kong authorities will likely re-adjust the peg, giving you an instant nominal appreciation.

The Singapore dollar is another option which have been steadily appreciating against other major currencies, backed by a strong economy and a government with zero net debt.

We’ve also talked about the Chilean peso. Like Singapore, Chile has a booming economy with minimal net debt. And the peso has been one of the best performing currencies in the world.

But what most people don’t know is that there’s another ‘currency’ in Chile. It’s called Unidad de Fomento, or UF.

To be clear, UF isn’t an actual currency. There are no UF bills and coins. But you can open a savings account here denominated in UF, and it’s freely interchangeable to pesos.

Why would someone do this? Because UF is a store of value. It constantly adjusts with inflation.

In other words, one UF today will buy you as many loaves of bread and gallons of gasoline that it bought five, ten, fifteen years ago.

This way, you can ensure that the purchasing power of your savings is preserved. And if you have a UF bank account, you can even generate an inflation-adjusted return on top of that.

This is a really innovative idea born from Chile’s own experience with hyperinflation several decades ago. And as I have traveled to over 100 countries, I have seen this concept in very, very few places.

Of course, few banks in the world outside of Chile offer Chilean peso or UF-denominated accounts; and establishing a bank account in Chile is incredibly difficult.

Like many things in this country, banking is very relationship-based. I liken the Chilean banking system to a private club. It’s closed to outsiders, and it’s very difficult to gain entry. But once you’re in, you’re in… especially if you have a great relationship with your account executive.