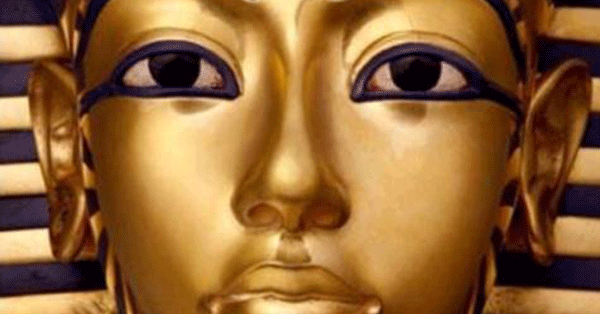 Thousands of years ago whenever the Pharaohs of Ancient Egypt passed away, they were buried with all of their gold in a specially constructed tomb.

The idea was to ward off thieves with booby traps and other perils so that these perceived demigods could enjoy their riches for eternity.

It worked. In the case of Tutankhamen, his gold was untouched by both thieves and desperate government tax collectors for thousands of years.

In the Pharaohs’ day, gold was money. Today, it might be even more important than ever.

As advanced as our modern civilization may be, we’ve been playing with fire for more than a century. Every single experiment with unbacked paper money throughout history failed.

And though today’s economists like to think that ‘this time is different,’ our own experiment with paper money will share the same fate.

It’s already moving in that direction. The bubble in fiat currency is now so large that it has simultaneously created all-time highs in nearly every major financial asset class, particularly stocks and bonds.

Bear in mind that these are not tangible assets, but rather ‘paper assets’—nothing more than claims on promises made by others (stockbrokerages, politicians, etc.)

So in other words, the explosion in the supply of paper money has created dangerous bubbles in paper assets. Funny how that works.

And at this point there are no good options remaining to gracefully end the experiment.

Any direction that central bankers go risks inflation, deflation, hyperinflation, or the collapse of financial markets.

If they print, they create inflation. If they don’t print they get deflation.

If they print too much they get hyperinflation. And if they so much as utter the wrong word then financial markets go into a panic.

The situation has become so bizarre that we’re now seeing negative interest rates across Europe.

Central bankers are conspicuously trying to whip up confidence in their poorly capitalized banking systems.

And wealthy emerging markets are moving to build their own financial infrastructure that no longer depends on the West.

This is clearly a system on the slide. And it’s not the first time this has happened.

Throughout history there have always been major shifts in the global financial system.

Reserve currencies change. The way people engage in commerce changes. The rules of the game change.

This time is no different. And we’re currently experiencing the early stages of yet another historic shift.

No one can say for certain what the next iteration of the financial system will look like. But there are a few things we can say for sure-

Today, the US dollar, US government, and US central bank form the cornerstones of the global financial system.

But that game is quickly drawing to a close.

The rest of the world is sick and tired of the US arrogantly dictating rules for everyone else to follow.

They’re sick and tired of the US going deeply into debt and pawning its bonds off to everyone else as ‘risk free’.

So it’s a safe bet that in the future, US paper money and debt is not going to be anywhere near as important as they are today.

All the technology and all of the resources already exist today to effectively eliminate the need for banks.

Decentralized crypto-currencies and transaction platforms already exist. You no longer need to hold your cash at a bank when you can simply store it in the blockchain.

(This may sound esoteric, but consider that most currency is already stored in digital form. Your bank balance doesn’t really exist except in the digital world.)

You no longer need to apply for a home mortgage or bank loan when entire networks of peer-to-peer lending platforms exist.

For every function that a bank serves, there is technology today that does it better, faster, and cheaper.

It’s time for these financial dinosaurs to hit the historical dustbin.

Again, this is a normal trend of history. The horse and buggy went away a long time ago due to changes in technology. So will fiat currency and conventional banking.

Nothing is going to change immediately. But as Hemingway said, this trend will unfold gradually, then suddenly.

So it does make sense for now to consider your options now, particularly real assets like productive land, operating businesses, and yes, gold.

P.S. Also check out how much Mozart and Beethoven were making more than 200 years ago—translated into today’s dollars.