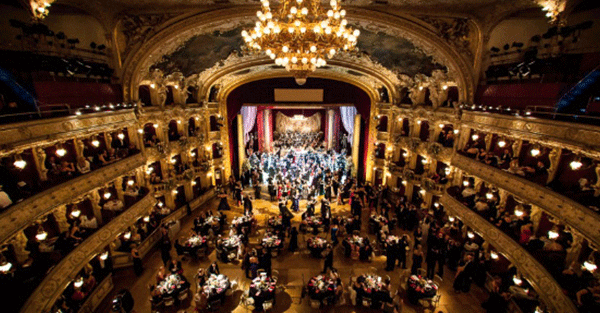 When Wolfgang Amadeus Mozart first came to Prague on 11 January 1787, he was an absolute sensation.

His smash hit opera Le nozze di Figaro had been released in the city a few months prior, and the people were absolutely wild about it.

So this time, in 1787, he came to town to conduct the opera himself. This was like the Beatles coming to America for the first time; it was huge.

Mozart was greeted with such adoration, and was hosted at party after party across the city, that he recounted his first day in the city as one of the happiest of his life.

In the month that he was there he also composed Six German Dances and signed a contract with Pasquale Bondini for a new opera for the autumn season—Don Giovanni.

Not much of a slacker, was he?

Despite how immensely productive and popular the legendary composer was, there is much debate about how much money he actually made.

A tragic tale, helped along by the movie Amadeus, has been spun that he died penniless and unaware of the immense impact he’d had on the world of music.

Undoubtedly he might not have ever imagined that he would remain a household name more than two centuries after his death. But there is reason to believe that his financial situation was not nearly as dire as it has been made out to be.

While his annual income is generally estimated to have fluctuated between 800 and 3,800 Austrian florins—when you take into account his earnings from teaching, performance and publication, it is more likely that he was averaging 3,000 to 4,000 florins a year.

That seems to make sense, considering that his German contemporary, Ludwig van Beethoven insisted on being paid no less than 4,000 florins.

Wanting to maintain a certain level of lifestyle in the city, he clearly elaborated what his price was, and two princes and an archduke stepped in to make up his salary, which they committed to pay for life.

Incredibly, if Mozart or Beethoven could have been teleported into our modern time, their salaries would buy them a perfectly comfortable lifestyle.

Fiat currency, however, has an entirely different tune.

With each passing day, as production of money increases, your purchasing power declines. And in the end, all you’re left with is just paper.

Try spending that 200 years from now.