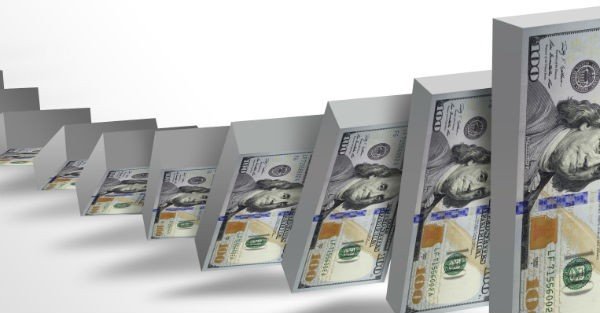 [Editor’s note: Tim Price, frequent Sovereign Man contributor and Director of Investment at PFP Wealth Management, is filling in while Simon is teaching at his entrepreneurship camp.]

On September 9th, 1965, US Navy pilot James Stockdale was shot down over North Vietnam and seized by a mob.

He would spend the next seven years in Hoa Lo Prison, the infamous “Hanoi Hilton”.

The physical brutality was unspeakable, and the mental torture never stopped. He would be kept in solitary confinement, in total darkness, for four years.

He would be kept in heavy leg-irons for two years and put on a starvation diet.

When told he would be paraded in front of foreign journalists, he slashed his own scalp with a razor and beat himself in the face with a wooden stool so that he would be unrecognizable and useless to the enemy’s press.

When he discovered that his fellow prisoners were being tortured to death, he slashed his wrists to show his torturers that he would not submit to them.

Jim Collins, author of the influential study of US businesses, ‘Good to Great’, interviewed Stockdale during his research for the book. How had he found the courage to survive those long, dark years ?

“I never lost faith in the end of the story,” replied Stockdale.

“I never doubted not only that I would get out, but also that I would prevail in the end and turn the experience into the defining moment of my life, which in retrospect, I would not trade.”

Collins was silent for a few minutes. The two men walked along, Stockdale with a heavy limp, swinging a stiff leg that had never properly recovered from repeated torture.

Finally, Collins went on to ask another question. Who didn’t make it out ?

“The optimists. Oh, they were the ones who said, ‘We’re going to be out by Christmas.’

“This is a very important lesson. You must never confuse faith that you will prevail in the end – which you can never afford to lose – with the discipline to confront the most brutal facts of your current reality, whatever they might be.”

At the risk of stating the blindingly obvious, this is hardly a ‘good news’ market. Ebola. Ukraine. Iraq. Gaza.

In a more narrowly financial sphere, the euro zone economy looks to be slowing, with Italy flirting with a triple dip recession, Portugal suffering a renewed banking crisis, and the ECB on the brink of rolling out QE.

What are the implications for global stocks?

On any fair analysis, the US market in particular is a fly in search of a windscreen.

Using Professor Robert Shiller’s cyclically adjusted price / earnings ratio for the broad US stock market, US stocks have only been more expensive than they are today on two occasions in the past 130 years: in 1929, and in 2000.

Time will tell just how disappointing (both by scale and by duration) the coming years will be for US equity market bulls.

If the geographic allocations within Greg Fisher’s Asian Prosperity Fund are any guide, those value opportunities are currently most numerous in Japan and Vietnam.

The Asian Prosperity Fund is practically a poster child for the opportunity inherent in global, unconstrained, Ben Graham-style value investing.

And this from a region where long-term economic growth seems entirely plausible rather than a delusional fantasy.

Vice Admiral Stockdale was unequivocal: while we need to confront the “brutal facts” of the marketplace, we also need to keep faith that we will prevail.

To us, that boils down to avoiding conspicuous overvaluation and embracing equally conspicuous value – where poor sentiment is likely to intensify subsequent returns.

In this uniquely oppressive financial environment where the skies are darkening with the prospect of a turn in the interest rates, optimism could be fatal.