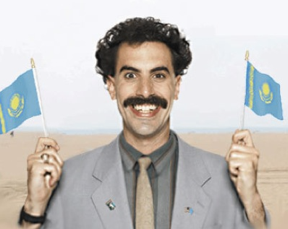 To be fair, 4.3 metric tons of gold is not much. At current market value, it’s around a quarter of a billion dollars, just a small fraction of last year’s worldwide gold production. It is an interesting, trend, though.

Years ago, most radidly developing countries enjoying their first taste of wealth would have been more than happy holding dollars. Today, it’s becoming obvious to everyone that sitting on a bunch of worthless fiat paper does not make a sound balance sheet.

Over the years, central banks have managed to accumulate trillions of dollars worth of foreign reserves, the vast majority of which is in dollars, euros, and yen.  This is a big problem. Asset managers (including central banks) need a reasonable store of value to hold their cash and reserve funds, and none of those three is a good option.

One suggestion being discussed openly by many central bankers is to hold foreign reserves in a new, specially created reserve currency similar to the IMF’s SDR– essentially a global currency that’s only accessible as a medium of exchange for central banks.

Now, this may be the dumbest idea in the history of modern finance– solving the problem of too much structurally unsound fiat currency by creating a new fiat currency backed by other fiat currencies? It’s unimaginably stupid.

For now, though, there is no solution… which means that big economies weilding hundreds of billions, even trillions of dollars, have very few options. And it’s a tough problem to manage.

For example, a friend of mine who works at one of China’s sovereign wealth funds once told me that they don’t look at any deal where they can’t deploy at least one billion dollars.

As any successful investor knows, finding a great deal is not easy. Finding one that’s worth at least a billion dollars is seriously difficult. Finding thousands of them across which you can invest trillions of dollars is an impossibility.

This is why sovereign fund managers, just like pension funds and bank asset managers, keep falling back on the same old, tired investments that don’t make any sense– US Treasuries, Japanese government bonds, etc. It’s the only asset class on the planet where you can park a billion dollars with relative ease.

Little guys like Kazakhstan and Mongolia don’t have that problem; they can fly under the radar, build reserves, and continue accumulating precious metals in meaningful quantities (as a proportion of their holdings) without moving the needle too much. China and Saudi Arabia can’t.

It’s a good model for the rest of us to follow– stay liquid, steadily acquire precious metals, and fly under the radar.