Leaked offshore data shows who the real criminals are 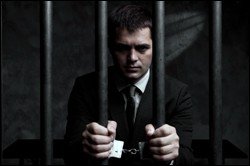 The classic presumption is that if you go offshore– foreign bank account, overseas safety deposit box, foreign trust, foreign corporation, etc.– then you MUST be doing something wrong.

This is an absurd conclusion and only highlights how brainwashed most people have become.

The world has become a gigantic financial nudist colony, full of government agents who pry ever more deeper into our nether regions looking for loose change betwixt the sofa cushions. Yet people are all too willing to comply. And anyone who shows up with a bath towel is branded a criminal or financial terrorist.

Clearly there are people who use offshore jurisdictions to hide graft or fraudulent activities. But this is not unique to the offshore world.

The #1 tax haven in the world, in fact, is none other than the United States of America. More ill-gotten wealth is hidden in Wall Street banks through Delaware corporations than any other place on the planet.

Just yesterday, the farcically named Center for Public Integrity released a fifteen month study based on ‘leaked’ documents from various international financial centers. The data shined a spotlight on the financial dealings of nearly 130,000 individuals in jurisdictions around the world.

The group’s assessment is anything but flattering: “This investigation lifts the curtain on the offshore system and provides a transparent look into the secret world of tax havens and the individuals and companies that use and benefit from them.”

Just think about the implications. They’re essentially saying that nobody has the right to financial privacy… and that deriving ‘benefit’ is somehow evil and wrong.

Fact is, moving money and assets offshore is not illegal. It’s perfectly legal, as long as you pay tax on the income and make the appropriate disclosures.

Just look at what happened in Cyprus. Look at what’s happening in Argentina. The evidence is overwhelmingly obvious. Pretending that ‘it can’t happen here’ is dangerous thinking.

There is going to come a time, likely soon, that retirement savings will be targeted. Capital controls are already in the works, cheered along by economic ‘luminaries’ like Paul Krugman. Central bankers will continue to steal the purchasing power of our hard-earned savings. It’s happening.

Moving a portion of your assets abroad isn’t criminal. It’s not crazy. If properly disclosed, it’s one of the sanest things you can do to protect yourself against the real criminals.