Nigeria just doubled the size of its economy with a stroke of a pen. 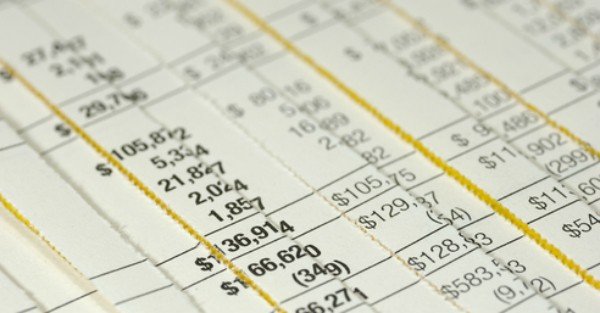 Over the weekend, Nigeria’s government made an accounting adjustment in how it calculates its GDP statistics.

By changing the base-year in GDP calculations from 1990 to 2010, Nigeria increased the reported size of its economy by 89% over the weekend.

So with a stroke of a pen, the West African nation leapfrogged South Africa to become the continent’s largest economy.

And in doing so the country’s debt-to-GDP ratio fell below 20%. The ratio of bad loans in the banking system when compared to the overall size of the economy also dramatically declined in proportion.

The same thing happened in Poland last year when the government there made a grab for private pensions, then counted those new assets against government debt.

It was just another accounting scam. But it dramatically lowered Poland’s debt-to-GDP ratio on paper, even though the government had not actually gotten any ‘richer’.

Diving into the numbers, though, it turns out that most of the ECB’s profits come from funny accounting tricks—revaluing a permanent swap line they have with the Federal Reserve, and moving funds from the “risk provision” column into the profit column.

I’m also reminded of the Federal Reserve’s own admission that they had $50+ billion in ‘unrealized losses’ due to the erosion of their portfolio of US Treasuries.

This is almost as much as their entire capital reserve… meaning that the Fed is practically insolvent by its own admission.

Not to worry, though. The Fed gets to employ its own accounting tricks to make these losses disappear, marking the assets on the balance sheet at their much higher ‘book value’, rather than the much lower ‘market value’.

Of course, the US government does exactly the same thing… often conveniently leaving out huge portions of its total debt such as the non-marketable securities it owes to the Social Security trust funds.

All of this really just goes to show how absurd it is to rely on these numbers conjured by politicians and central bankers.

Sure, the statistics are computed to multiple decimal places and wrapped up in lengthy reports.

But there’s not a shred of truth to any of this false precision.