How is this not a MASSIVE conflict of interest? 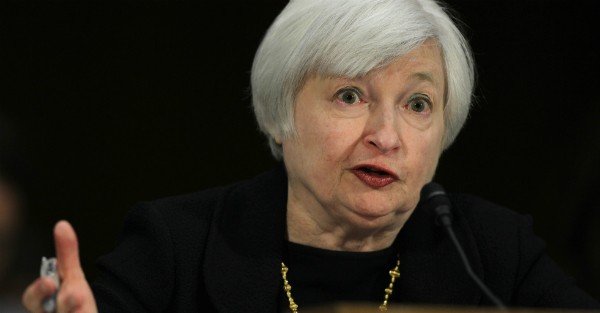 Henry Ford once said, “It is well that the people of the nation do not understand our banking and monetary system, for if they did, I believe there would be a revolution before tomorrow morning.”

He was right about at least one thing– it’s true that hardly anyone on the planet really understands the monetary system… or the way that central bankers manipulate the entire global economy.

I’ve met some seriously smart people who are very high up in finance. Senior bankers, traders, fund managers, etc. And even -they- don’t really understand it.

Everyone just presumes that there are some really smart guys and gals who make policy decisions from their ivory towers. We’re told that they know what they’re doing, and we’re just all supposed to trust them.

People erroneously believe that it’s somehow controlled by the government… in the US, for example, the President of the United States appoints members of the Federal Reserve Board of Governors.

Meanwhile there are 12 Federal Reserve Bank presidents who influence the decisions of the all-powerful Federal Open Market Committee (FOMC).

Remember, the FOMC is the body within the Fed that essentially dictates monetary policy. It is the FOMC which decides how much money to print, and whether or not to loan this money to commercial banks at basically 0%.

All 12 Fed bank presidents sit in those meetings. 5 of them are actually voting members.

It certainly begs the question– how are the Fed bank presidents chosen?

Simple. Each of the 12 Federal Reserve banks has a board of directors… 9 directors at each bank. And the board selects the bank president.

So who gets to pick the Fed bank directors? The government, right? Wrong.

The majority of the directors are chosen by the commercial banks themselves. JP Morgan. Bank of America. Citigroup. Etc.

It is the BANKS who pick the directors who pick the presidents who dominate the committee which decides to loan money back to the banks at 0% interest.

How is this not a MASSIVE conflict of interest? Are we to believe that the interests of JP Morgan, Bank of America, and Citigroup are aligned with our own interests? I highly doubt that.

It is this topic that I explore in today’s podcast. And I highly recommend it because it’s critical that anyone participating in this system really understands how it works, and for whom it is rigged (spoiler alert: it isn’t rigged to your benefit).

It’s been a few weeks since I’ve recorded a podcast, so today’s is an extended episode, with both audio and video versions available. You can download it in the iTunes store, or from our website here: