Well this is rather embarrassing… 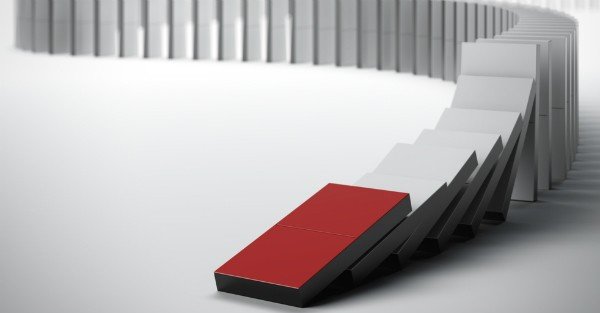 And another one bites the dust. Now it’s Bank of America, one of the largest banks in the Land of the Free, that is inadequately capitalized.

Last month, Bank of America made a lot of noise about how they were going to buy back up to $5 billion worth of common shares.

As CEO Brian Moynihan stated, “We have simplified our company and we have more than adequate capital to support our strategic plans. We are well positioned to return excess capital to our shareholders.”

Needless to say, investors cheered the announcement, and BofA’s stock price rose nicely as a result.

Fast forward 45 days… and boy what a difference reality makes.

This morning Bank of America rather embarrassingly said it would suspend the stock buyback, stating that they had been ordered to do so by the Federal Reserve.

Moreover, the company must suspend its planned quarterly dividend increase.

All of this because of a supposed arithmetic error in how the bank calculates its regulatory capital. Apparently Bank of America is nowhere near the level of capitalization they thought they had… or had been telling everyone.

And given that the mistake is attributed to the Merril Lynch acquisition from 2009, the errors likely go back for YEARS.

In the words of the once future US Presidential candidate Rick Perry, “Oops…”

This is a big deal; capital is a bank’s lifeblood and a measure of its safety.

A bank with strong levels of capital (which can be thought of as equity, or its total assets minus liabilities) has a vast margin of safety and can withstand major financial shocks like market crashes and bank runs.

Banks with weak levels of capital will perish. Quickly.

Remember the lessons from Cyprus: last March, people went to bed on a Friday night thinking everything was just fine. The next morning they woke up to find that their entire banking system was insolvent and that the government had frozen their accounts.

This was all rather curious given that, literally just days before, they could log on to their bank’s website and check their balances.

It turns out, though, that there’s a huge difference between a number printed on a screen, and the bank actually HAVING the money.

And Bank of America is not. Neither is Citigroup (and many others), which recently failed Fed-mandated stress tests.

This is hardly a consequence-free environment. Do you have your seatbelt on?