What do you do when none of the clocks have any hands? 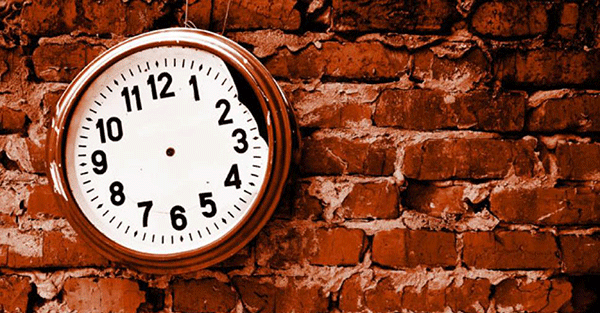 “We are all at a wonderful ball where the champagne sparkles in every glass and soft laughter falls upon the summer air. We know, by the rules, that at some moment the Black Horsemen will come shattering through the great terrace doors, wreaking vengeance and scattering the survivors. Those who leave early are saved, but the ball is so splendid no-one wants to leave while there is still time, so that everyone keeps asking, “What time is it? What time is it?” But none of the clocks have any hands.”
– From Supermoney by Adam Smith.

It was not supposed to be like this. As we highlighted last week, after the Great Debt Bubble, there has been no Great Deleveraging. In fact, as the McKinsey Global Institute showed in their February 2015 report,

“After the 2008 financial crisis and the longest and deepest global recession since World War II, it was widely expected that the world’s economies would deleverage. It has not happened. Instead…

“Debt continues to grow. Since 2007, global debt has grown by $57 trillion, raising the ratio of debt to GDP by 17 percentage points.”

Herbert Stein’s Law mandates that if something cannot go on forever, it will stop. The great Austrian economist Ludwig von Mises expressed the same sentiment and came to a somewhat gloomier conclusion:

“There is no means of avoiding the final collapse of a boom brought about by credit expansion. The alternative is only whether the crisis should come sooner as a result of the voluntary abandonment of further credit expansion, or later as a final and total catastrophe of the currency system involved.”

As the McKinsey data show, the voluntary abandonment of further credit expansion has clearly not occurred. If Mises is correct, and we are minded to consider that he is, then draw your own conclusions.

We have now become used to so many years of utterly extraordinary monetary experimentation and policy-making on the hoof that there is a danger that Alice-in-Wonderland central banking activity simply gets taken for granted as the natural state of affairs.

This is the same type of absurd but incremental behaviour that gets frogs in pans boiled alive with their tacit approval.

Blithe sceptics to this line of thought will no doubt argue that if seven years of making-it-up-as-we-go-along monetary policy hasn’t derailed the system, then perhaps the system won’t get derailed.

Perhaps it’s even un-derailable. But this sounds suspiciously like Ben Bernanke’s own flawed thinking when he suggested in July 2005 that: “We’ve never had a decline in house prices on a nationwide basis.”

In other words, because something has never happened before, it never will.

(This from the same person who observed in March 2007 that “At this juncture, however, the impact on the broader economy and financial markets of the problems in the subprime market seems likely to be contained.”)

No, the insoluble problem facing every investor today is not just that the system is unsustainable. It clearly is. The problem is that we lack a means of forecasting accurately when the system is likely to break apart.

The financial market is a complex, adaptive system, reliant on confidence, the ongoing robustness of which is completely unforecastable. That confidence has been robust is not in question.

The creation of trillions of dollars, pounds, euros, yen and renminbi worth of ex nihilo money has yet to dent confidence entirely in an unbacked paper money system (notwithstanding the 345% gain in the dollar price of gold since the start of the millennium).

Just before the turn of the millennium, inside the late Peter L. Bernstein’s excellent history of risk, ‘Against the Gods’, we came across the following quotation by the Swiss mathematician and physicist Daniel Bernoulli: when managing money for wealthy people,

“The practical utility of any gain in portfolio value inversely relates to the size of the portfolio.”

For the objectively wealthy, or super-wealthy, any further gain in portfolio value has to be seen in the context of maintaining the original value of the portfolio. Since human beings are typically loss averse, maintaining the original purchasing power of the pot is much more important than generating further incremental gains, especially in an environment where the pursuit of those further gains risks existentially jeopardising that original pot.

US stock markets reached record highs last week. Question: does that make them riskier, or less risky? We think the former.

But for us the question is somewhat academic since we’re not remotely interested in index-tracking. Other investors, however, evidently are. Among the top 10 ETF purchases by customers of Barclays Stockbrokers last week were funds tracking:

We foresee all kinds of risks in taking indexed exposure to stock markets close to or at their all-time highs. Index-tracking funds offer many things. Relatively low cost market exposure, for one.

But as and when stock markets go into reverse, purchasers of low cost trackers will find that they have been penny-wise and pound foolish, because low cost trackers offer precisely zero discernment or discretion when it comes to market direction. If the market goes down, they go down with it.

So rather than tag along for the ride, we much prefer to follow the ‘value’ route (to capital preservation and growth, in that order).

Index benchmarking is utterly inappropriate, we would suggest, for the private investor, for whom the ultimate reference rate should be cash, since cash remains the only asset that cannot decline in nominal terms. Or at least that used to be the case, before acronyms like QE, ZIRP and now NIRP (Negative Interest Rate Policy) steamrollered over all assets in their path, like financial terminators.

If we define ‘value’ as inherent quality plus attractive valuation, it has relevance to both debt and equity market investing today. Bond markets as a whole are clearly grotesquely overvalued but may remain so or become even more overvalued because there is an 800lb gorilla in the market determinedly gobbling them up.

As of March 2015, the ECB will be buying €60 billion worth every month. We doubt whether there’s that much quality debt on offer in the euro zone. But there may be elsewhere, not least because most of the world’s creditor countries lie outside the euro zone.

In equity markets, we see almost no compelling value in US stocks, which if nothing else are intensely well covered (we mean by number of analysts, not necessarily by quality of coverage) by Wall Street.

We see compelling pockets of genuine value, however, in markets like Japan, which simply aren’t well covered by the analyst community, which has been scared off by 20 years of bear market conditions.

We then supplement our debt and equity exposure with uncorrelated investments (namely systematic trend-followers), which we have always regarded as bellwether holdings, and with real assets, notably the monetary metals, gold and silver.

The result: four discrete asset classes that will behave in different ways under different market conditions.

High quality debt offers income and a degree of capital preservation (especially in an environment of outright deflation).

High quality ‘value’ equity offers income and the potential for attractive capital growth (especially in an environment of modest inflation).

Systematic trend-followers are broadly market neutral, but with the potential to deliver outsized gains in an environment of systemic financial distress (most trend-followers generated double or triple digit percentage returns in 2008, for example).

And real assets, again, offer the potential to deliver outsized gains in an environment of systemic financial distress or high inflation, or both.

Unlike most of our fund management peers, we accept that we can’t predict the future. Unlike many of them, we are at least preparing for it.

But that brings us back to our initial dilemma. We think the system is desperately unsound, so we take out what insurance we can, whilst still retaining a stake in a variety of markets (on our terms admittedly, rather than according to somebody else’s irrelevant benchmark).

But insurance only works if you have it when the crisis erupts. You don’t buy house insurance after the roof catches fire.