Why do we need a central bank? 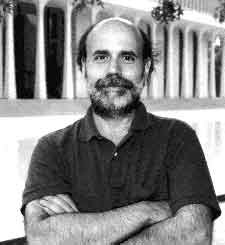 For the last two weeks here in the UK, TV stations have been running a documentary series called “Bank of Dave“, in which down-to-earth businessman Dave Fishwick attempts to establish his own bank.

The premise sounds plausible: offer depositors 5% interest (as opposed to zero), and lend to credible small businesses that are otherwise ignored by the majors.

But as the irrepressible Dave soon discovers, getting a new banking licence in the UK isn’t easy.

‘Bank of Dave’ has obviously been, albeit inadvertently, deliciously well-timed, arriving on television and computer screens accompanied by increasingly shrill coverage of interest rate rigging in the LIBOR manipulation scandal.

Granted, the news of the world’s biggest banks colluding to manipulate interest rates to their own benefit has spark a major debate about banking. But what’s frustrating about the banking debate is how narrowly focused most contributors are.

It is generally accepted that central banks should be allowed to set interest rates. In the US, the base rate is effectively zero.

In the UK, it’s now being held at 0.50%, explicitly to help the banking sector at the expense of all non-bank members of the population who are unable to earn an economic return on their savings.

One might ask why we take this official rate manipulation for granted. One would also ask why the economically critical business of SAVING is being so offhandedly crushed in the name of banking expedience…

Why, for example, do we need a central bank at all?

A typical if feeble answer is that we need a lender of last resort. To which the answer is… Why? Why do we need a government-appointed entity to support banks that get in over their heads?

A typical answer is that if our banks start failing, our society starts going down the toilet. (It already has, but never mind.)

So now we have the worst of all possible worlds. Our banks are already failing, in the sense of no longer functioning according to the principles of offering an economic rate to depositors and offering economic funding to borrowers.

Plus, now we have ended up with a handful of quasi-nationalised banking group zombies that appear to be being run for the sole purpose of being granted dollops of money that they are free to hoard whenever the central bank deems it appropriate to depreciate our currencies some more.

Banking deposit agreements would simply come with a giant ‘Caveat Emptor’ on them, and depositors might be able to start earning a positive real interest rate on their savings again.

Abolishing central banks and their core functions would have the happy and non-trivial side effect of reintroducing something akin to sound money into the world economy, rather than live with permanent inflation and have the entire economy held hostage by banking interests.