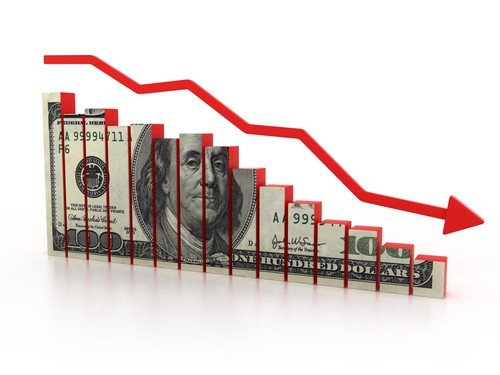 On the flight down to Chile the other day from the US, I opened up a local Texas newspaper to an article entitled something like: “Getting the most out of your savings account”.

The reporter went on to list all the banks in the area where you could lock your money up in a 1-year Certificate of Deposit, and ranked them by who was paying the highest interest rate.

“Pathetic” is probably the word that I would use to describe this. Perhaps even criminal.

This means, quite simply, that if you hold cash in a bank account in the Land of the Free, YOU WILL LOSE MONEY. Period.

Think about it– if you’re only receiving 0.9% on your money, but prices rise by 1.7%, then next year your purchasing power of your savings will have declined by 0.8%. The ‘value’ of your bank account may be marginally higher, but in inflation-adjusted terms, your savings will buy less.

If you factor in the real rate of inflation (not the phony government gorilla math), you’re losing even more.

This constitutes theft, plain and simple. It is a most destructive means of stealing savings from the middle class over the long-term. And few people realize it’s happening.

And it’s not just banks in United States; the situation is similar in Canada and Western Europe.

Not to mention, the yields on these governments’ bonds hold the same pattern. If you buy a 2-year US government Treasury note today and hold it to maturity, you’ll receive a whopping 0.29% rate of return.

This from a government that has accumulated more debt than any other nation in the history of the world.

In Japan, where they spend over 50% of its tax revenue just to pay interest on the debt, loaning money to the government for TEN YEARS will only get you a 0.6% annual return.

Meanwhile, Japan’s Prime Minister is very publicly doing everything he can to stoke inflation to 2%. This means you will be guaranteed to LOSE 1.4% per year. It’s unreal.

Fortunately there are a few ‘safer’ havens.

Norway has the world’s safest banking system, and the world’s strongest currency (if you analyze the central bank’s fundamentals). But bank interest rates in that country can be as high as 3% or more. It’s nothing to write home about, but certainly better than a guaranteed loss.

Here in Chile, banks have a unique type of savings account whereby they will pay a low fixed percentage above and beyond the rate of inflation.

And the nice thing is that, in most cases, the ENTIRE value of your bank deposit is backed by a government that is awash with cash and has zero net debt.

How does this possibly make any sense?

It doesn’t. But while the vast majority of the investing crowd is overpowered by a ridiculous herd mentality, the rest of us can break free of this and take advantage of the world of opportunity out there where no one else is looking.