You and I would go to jail for this… 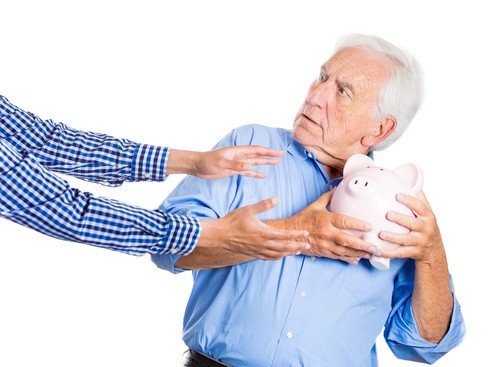 Last week, the US Treasury Department released a statement amid great fanfare and triumph, that the federal budget deficit for fiscal year 2013 was ‘only’ $680 billion.

Yes, the sad state of affairs today is that a deficit of ‘only’ $680 billion is actually considered good news.

Now, I’ve spent a lot of time over the last week diving into the numbers to figure out the real story. And frankly I’m amazed that what I found hasn’t made front page news.

For starters, the big reason for this supposed drop in the deficit had nothing to do with fiscal restraint.

The real story here is government tax revenue, which grew about 13%. This is a pretty solid jump, and it’s what all the major news outlets have focused on.

But this figure is actually quite misleading.

As an example, revenue for excise tax (which is a decent measure of the economy’s core production) grew by a much smaller figure– only 6%.

The biggest percentage jump in tax revenue came from something that the government isn’t even supposed to count: payroll tax.

Technically considered “off-budget employment and general retirement receipts”, this is the tax that is supposed to go directly to the Social Security Trust Fund.

You have a job. You pay into the Social Security system. That money remains in the Trust Fund, managed by conservative financial stewards. And in the future, your contributions are going to be there for you in the form of monthly benefits.

At least, that’s how it’s supposed to work.

But what really happens is the government just steals this money and uses it for whatever purpose they want.

In Fiscal Year 2013 that just ended on September 30th, the federal government stole a record $673 billion. This is nearly 20% higher than what they stole last year, which was itself one of the biggest amounts they had ever stolen in history.

This kind of fraudulent accounting is worse than Bernie Madoff or Ken Lay. You and I would go to jail for this. The President gets to take a victory lap.

Now, if you don’t count this ‘off balance sheet’ tax revenue, the situation changes dramatically. ‘On-budget’ tax revenue for 2013 is just $2.1 trillion.

With this calculation in hand, I then examined government spending.

Remember, the US government categorizes its spending into ‘mandatory’ and ‘discretionary’.

Mandatory spending includes all the things they are required by LAW to spend. It goes out the door automatically without Congress ever having to write a check, just like your mortgage:

This list is incomplete… there are literally dozens of other mandatory spending programs. But so far the total is $2.54 TRILLION.

So once again, if you don’t include the record theft of your Social Security contributions, the government was in the hole $448 BILLION.

This was before they were able to spend a penny on anything that we think of as government… including the military, Homeland Security, or the gas bill for Air Force One.

This is not a political problem. It’s an arithmetic problem. And it should be as plain as day that the party is over. The music is going to stop and millions of people are going to be left without a chair. Are you going to be one of them?