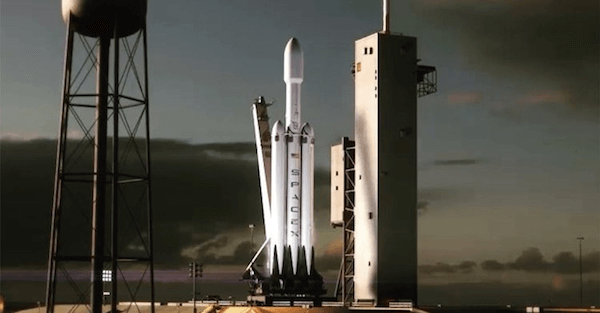 251 million years ago, the Great Permian Extinction wiped out around 96% of Earth’s species.

Scientists call it “the great dying.” And they believe it occurred because of an eruption in Siberia that released more than 200 billion gallons of molten lava.

The lava released large amounts of Sulphur dioxide and carbon dioxide into the atmosphere, causing the Earth to warm by about 14 degrees Fahrenheit. Acid rain followed.

Almost nothing survived. Rolf Schmidt, a paleontologist at the Melbourne Museum said the event “set life back 300 million years.”

And that was only one of five mass extinctions that have happened throughout our planet’s history.

The best known is the end of the Cretaceous period some 66 million years ago… that’s when the dinosaurs died off.

But Elon Musk, the billionaire founder of Tesla, thinks another mass extinction is coming. And he’s dedicated himself to saving us.

Musk recently granted Rolling Stone an exclusive interview where he discussed his troubled childhood, his fear of never finding someone to love him… and Earth’s imminent doom.

You’ve got to hand it to the guy– even if you think he’s totally crazy, at least the solutions he’s coming up with are still worthwhile.

Tesla, his electric car company, and Solar City, his solar energy company, both reduce our dependence on fossil fuels and make the air cleaner to breathe.

He’s also developing the Hyperloop, a mass transportation system that shoots pods through a tube at 800 miles per hour, thus reducing traffic and travel time.

Then there’s his honeycomb of underground tunnels – outfitted with electric skates – to relieve traffic congestion.

Musk’s biggest concern, though, is technology. From the Rolling Stone interview:

Climate change is the biggest threat that humanity faces this century, except for AI [artificial intelligence]. I keep telling people this. I hate to be Cassandra here, but it’s all fun and games until somebody here loses a fucking eye.

Musk fears artificial intelligence could enslave all of humanity. Perhaps he fears a Matrix or Terminator style future.

And that’s one of the reasons behind his company SpaceX– a private space travel company: when the stuff really hits the fan, you can hop on a rocket and leave Earth.

And if we were a multiplanetary species, that would reduce the possibility of some single event, man-made or natural, taking out civilization as we know it, as it did the dinosaurs. . .

Unless you’re a cockroach or a mushroom – or a sponge – you’re fucked. It’s insurance of life as we know it, and it makes the future far more inspiring if we are out there among the stars and you could move to another planet if you wanted to.

I’m not going to even bother assessing whether or not Elon Musk’s concerns are valid.

The larger point is that Musk sees a gigantic risk– one that is supported by at least some data.

But instead of panicking about it, or worse– ignoring it, Musk is taking very measured, rational steps to do something about it.

If his doomsday planetary extinction scenario were to occur, either through climate change or Skynet becoming self-aware, Musk wants to ensure we have other options on other planets.

In his own words, it’s the ultimate “insurance.”

But even if his Armageddon never comes, we’re probably not worse off for having cleaner air, more energy efficient vehicles, less traffic, and the ability to zip around outer space.

That’s the hallmark of a great Plan B. It makes sense no matter what happens or doesn’t happen next.

And this thinking can be applied to just about any risk we see.

It’s not even my own analysis: Social Security’s own Board of Trustees has concluded that the program is rapidly running out of money.

This includes setting up more robust retirement structures like a solo 401(k) or self-directed SEP IRA, and parking my retirement savings in stronger, better, safer assets that are out of the mainstream.

If Social Security runs out of money, as they predict, these other retirement structures will be enormously valuable.

But even if Social Security is somehow miraculously saved, I won’t be worse off having a huge pool of extra retirement savings stashed away.

Similarly, there’s no downside to having a second citizenship, that allows you to travel, live, work, and invest in multiple countries.

There’s no downside in spreading your assets across several jurisdictions to enhance your asset protection and legally reduce your tax bill.

There’s no downside in owning some non-reportable assets like cash and gold so that you always have emergency savings outside the system.

These are all fantastic, simple, sensible steps you can take to distance yourself from potential big risks down the road.

And this Plan B is a heck of a lot easier to implement than building a rocket ship.