Even Alexandria Ocasio-Cortez qualifies for a second passport 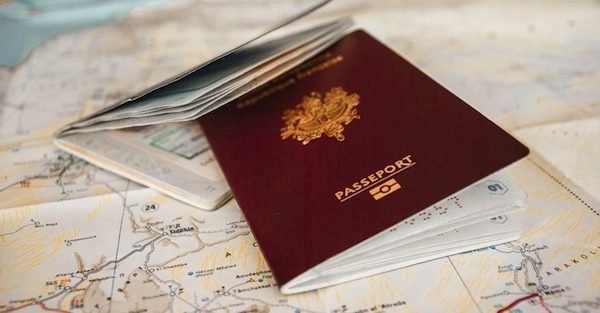 She wants to nationalize healthcare. Raise your taxes to 70%. Legislate her way to ending poverty and saving the environment. And if she had her way, probably cleanse the English language of offensive words like gender pronouns.

Yes, this former bartender turned national sensation (due to the sole fact that 4,000 more people in the Bronx voted for her over the incumbent) knows no bad idea that’s off limits.

But here’s one good idea that AOC might actually get some practical use out of: it turns out she qualifies for a second passport.

In mid-December, just about eight weeks ago, Cortez surprised a crowd of Jewish supporters at a Hanukkah ceremony in New York when she said that “many generations ago, my family consisted of Sephardic Jews” who were forced to flee Spain during the Inquisition in the late 1400s.

There were originally several hundred thousand Sephardic Jews living in Spain in the fifteenth century; they were ordered to convert to Catholicism by Ferdinand and Isabella, or be banished from the country.

Many of them left and eventually made their way to Latin America, where to this day there are millions of descendants of Sephardic Jews.

Well, hundreds of years later, on October 1, 2015, a new law in Spain came into effect that grants Spanish citizenship to people who are descendants of those Sephardic Jews who were expelled in the 15th century.

(The Spanish consulate has an extremely informative page about this, which you can access here. And a few months ago, subscribers to our flagship service, Sovereign Man: Confidential, received a step-by-step report on how to obtain a Spanish or Portuguese passport… even for those who don’t actively practice Judaism. In this report, we included recommendations for genealogy experts, a Jewish researcher and attorneys who can help with the process.)

So, it’s possible that AOC might qualify for Spanish citizenship under this 2015 law due to her Sephardic ancestry.

Even if that doesn’t work, though, AOC can still qualify for Spanish citizenship due to her Puerto Rican heritage.

Let’s be clear: Being Puerto Rican does not entitle you to immediate Spanish nationality. But it does give you an expedited naturalization process (where after residing in a country for a number of years, you’re eligible for citizenship).

For those with Puerto Rican heritage, instead of waiting 10 years to become Spanish citizens, you can reside in Spain for only two years and be eligible for a passport.

And it’s not just Spain that offers citizenship by ancestry, aka “the lucky bloodline club.”

Italy and Ireland are two well-known examples. There are also some less-known options, like Luxembourg, Poland and Romania. Check your family tree, because if you have grandparents or great-grandparents with ties to any of these countries, you might be eligible for a second passport.

Having a second passport is a total no-brainer; the benefits are seemingly endless–

With a second passport it can often be easier to travel abroad because there are more countries that you can access visa-free.

A second passport can also bring a measure of safety. After all, no one has ever hijacked an airplane and threatened to kill all the Panamanians.

In most cases, a second passport can be passed down to your children and grandchildren, so that future generations can continue to benefit from your efforts today. It’s literally one of the best gifts you can ever give to your descendants.

Most of all, though, a second passport means that, no matter what, you’ll always have a place to go… where you can live, work, invest, do business, bring your family, etc.

It means having another option. And having more options means more freedom.

AOC might be reason enough to obtain a second passport. Just imagine the world with her in charge: the taxes, the nationalization, the socialist chaos.

There may come a day when you say, “enough is enough,” and decide that you want to leave. Having a second passport keeps that option open forever.

But even if none of that should come to pass, you still won’t be worse off for having a second passport.