Even Sweden abandoned its wealth tax 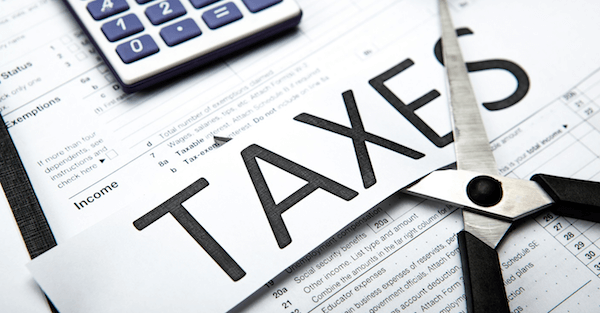 There are over 21 months to go until the 2020 US presidential election.

And every day more and more socialist candidates throw their hat in the ring. They all want to be the one to take down Donald Trump.

But how do you set yourself apart in such a crowded, and outspoken, field?

Bernie Sanders set the bar in 2016 when he championed Medicare for all and free college. But that’s mundane for the latest crop of candidates.

Senators Cory Booker and Kirsten Gillibrand want a federal guaranteed jobs program to hand out cushy government jobs with benefits to anyone who wants one.

Of course, paying for this program (and the many others floated recently) takes a lot of money. Where will that cash come from? You, of course…

Earlier this month New York Mayor Bill de Blasio gave us a preview of what his platform would look like. He said, “Brothers and sisters, there’s plenty of money in the world… it’s just in the wrong hands.”

70%, progressive income tax? Sure, Kamala Harris is in. Same goes for Julian Castro… after all, he notes, the highest tax rate used to be 90%.

Rest assured, if any of these candidates gets the job, massively higher tax rates are coming.

After all, the rich have already amassed a lot of wealth, so you may as well take it…

The wealth tax would tax people twice – once on their income and again on the assets they own – even cash in the bank.

The wealth tax is a terrible idea.

Even the most oppressive tax regimes in Europe (like Sweden and Denmark, where the top tax bracket is 63% and capital gains are taxed at 43%) have abandoned the wealth tax.

That’s right, even the most ardent, socialist countries realized that a wealth tax doesn’t work. As a matter of fact, nine countries in Europe abandoned the tax.

Why? Because people were leaving in droves to avoid paying the oppressive levy.

In France, 513 wealthy households left the country every year for 35 years because they were tired of paying a wealth tax – taking an estimated $175 billion of assets with them.

But when the wealth leave, they take more than their money… they also stop investing and creating jobs.

Even worse, Sweden raised $500 million with their wealth tax, but lost $166 billion from capital leaving the country.

The wealth tax simply does not work. In fact, it hurts any country that imposes one, because…

Rich people are excellent at legally avoiding taxes. And they’re also the most mobile.

We’ve seen what happened in Europe with the wealth tax. And the same thing will happen in America if Elizabeth Warren gets her way.

Even if you agree that Swedish-style taxation is good and that a wealth tax would raise revenue for socialist programs, you’re still missing the most important point…

Politicians always have a plan to RAISE money, but there’s never any talk of execution.

Why should we believe this new tax revenue would be any different than the TRILLIONS the government throws down a black hole?

The war on terror hasn’t ended. The Great Society didn’t solve poverty. The war on drugs is a failure… and the government spent $2 billion on a broken Obamacare website and half a million defending Congressmen from sexual assault accusations.

And it gets worse… trillions of dollars have been literally blown up, spent on bombs for the middle-east which, oops, also killed a bunch of kids, brides, and other “collateral damage.”

Point is… the government’s execution is almost always poor… but they believe throwing more money at it will fix the problem.

ANYTHING you do with your money is more productive (not to mention moral) than what the government does with it.

The scariest part of all this isn’t the proposed taxes. It’s the idea behind them…

This is no longer about raising money for socialist programs. It’s about punishing the rich and giving the rest of the people their fair share.

But there’s no wall yet to keep us in. And rest assured… just like in Sweden and France, the rich will flee the US to friendlier tax jurisdictions.

As you know, I think your best option is probably Puerto Rico… and its Acts 20 & 22 tax incentives (which allow for a 4% corporate tax and 0% tax on capital gains and interest).

I’m living on the beach paradise, watching this all play out knowing my capital is safe.

I hope you’ll consider joining me. Also, I just recorded a podcast about my personal experiences in Puerto Rico. You can listen to it here…

You can hear all about my personal experience here, in last week’s podcast.