Four alternatives to holding your savings in a bank 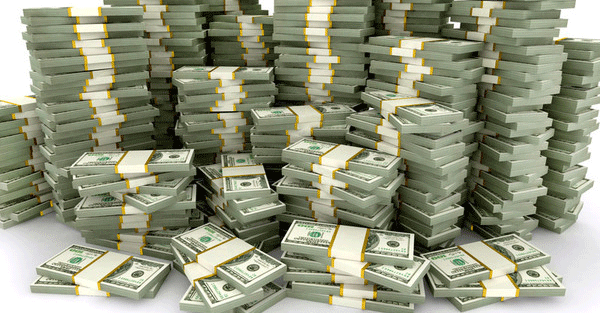 “Global yields lowest in 500 years of recorded history. $10 trillion of neg. rate bonds. This is a supernova that will explode one day.”

Those were the words of famed bond fund manager Bill Gross.

(Gross was actually the first portfolio manager inducted into the Fixed Income Analyst Society’s “Hall of Fame”. And yes, there really is a hall of fame for that.)

Gross wrote that more than $10 trillion in government bonds actually have NEGATIVE yields, and that interest rates are at the lowest levels in financial history.

For example, the British government just issued its lowest-yielding bonds since 1694.

This has very dangerous implications.

Goldman Sachs recently calculated that a mere 1% rise in US Treasury yields would trigger over $1 trillion in losses, exceeding all the losses from the last crisis.

(Bear in mind that interest rates need to rise by at least 3x that amount just to reach their historic averages… so this is entirely plausible.)

Most of those losses would be suffered by Western banks, the majority of which have insufficient capital to withstand such a major hit.

Gross describes this potential risk as a ‘supernova’.

Now, he may have used that word because it’s a really cool-sounding superlative to describe the impact of this risk.

But coincidentally, ‘supernova’ is the perfect analogy for our financial system.

Remember that a supernova is an ultra-bright flash of light that results when a star explodes at the end of its life.

The explosions are so powerful that astronomers can see these incredible stellar events even from distant galaxies.

In 2015 the brightest supernova ever recorded was found in a galaxy some 3.8 billion light years from earth.

The supernova was over 500 BILLION times brighter than our sun. Incredible.

But given the star’s extraordinary distance from our planet, the explosion actually occurred 3.8 billion years ago… a long time ago in a galaxy far, far away.

It took all that time for the light from that supernova to reach us.

The financial supernova happened years ago. But the light… and the consequences… are finally starting to reach us.

Given these risks, let’s discuss some rational alternatives to the banking system:

This is an easy option for just about anyone. Holding cash completely eliminates the risk of keeping your savings in a shaky bank.

You can secure your cash by storing it in a safe at your home, or at a non-bank private vault facility.

It means your savings won’t be gambled away by your banker on the latest investment fad.

You can’t have your account frozen by any one of dozens of government agencies.

And if something goes wrong with the banking system, your savings will survive untouched.

But cash is no panacea. While it dramatically reduces the risk to your savings posed by potential challenges in the banking system, you may also want to consider…

If the market ever wises up and realizes that all these pieces of paper passed off as money are simply worthless claims on bankrupt governments, OR there comes a day when central banks print the straw that breaks the camel’s back, you’ll want to make sure you own gold and silver.

Gold is a real asset with a 5,000 year history of value and marketability, three times as old as the oldest paper currency still in use (the British pound).

Now, like any form of savings, gold by itself doesn’t produce a rate of return.

So in order to earn some return on your savings, it’s necessary to consider owning…

For large investors like Bill Gross who have billions of dollars to manage, finding safe returns is next to impossible.

But for smaller investors like you and I who have thousands or even millions to invest, there are countless options.

For example, we’ve introduced our premium subscribers to an opportunity where they can generate up to 6% on Peer-to-Peer loans that are fully secured at a 2:1 margin by real assets like gold and silver.

This is a fantastic, low-risk way to generate a reasonable rate of return on your savings.

Of course, if you have a longer-term view, you can do even better if you consider owning…

Yesterday we discussed this simple idea with a powerful track record:

Own profitable businesses managed by talented people of integrity, and buy them when the share price is below the company’s intrinsic value.

Share prices go up and down day to day. But over the course of several years, wonderful, well-managed businesses perform extremely well in any environment.

In the event of inflation, they go up in value. In deflation, they produce valuable cash flow. Even in a crisis, they’re the first to recover.

Great businesses often pay steady dividends as well, so you can expect to earn healthy cash flow while honest, talented executives look after your savings.