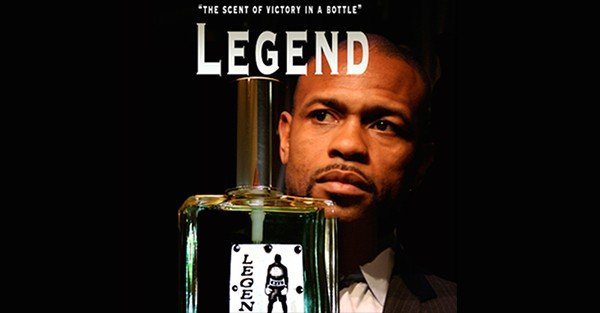 World champion boxer Roy Jones Junior is something of a Renaissance Man.

This latter quality was on display back in August when the Champ sat down with Russian President Vladimir Putin during a visit to the disputed territory of Crimea, formerly/kinda sorta part of Ukraine.

After the initial love-fest wore off, the conversation ended like this:

Vladimir Putin: I hope you will succeed in business here in Russia as well.

Roy Jones: That’s why I want to come here. That’s why I’m also here. Because I want to aks you about maybe having a passport to go back and forth so that I can do business here. Because all the people here seem to love Roy Jones Jr. And I love when people love me.

Vladimir Putin: Your name is very well known among sports and boxing fans in Russia. If you plan to spend a significant part of your life working in Russia, we would certainly be happy to fulfill your request to receive a Russian passport, Russian citizenship.

So, Jones basically asked Vladimir Putin point-blank for a Russian passport. And not only did Putin agree, but he actually made it happen.

Roy Jones Jr. was granted Russian nationality less than a month later. Last week, he traveled to Moscow where he was awarded his passport from Vladimir Putin directly.

Now I’m sure there are some who will blast Jones for being ‘unpatriotic’ or some such nonsense.

After all, how could a US citizen ever possibly desire another passport, let alone the passport of ‘Marica’s #1 arch-enemy?

He did it because a second passport just makes practical sense.

Look at Jones’s case: if he wants to travel to Russia for business, or even for a fight (he takes on Enzo Maccarinelli in Moscow next month), he has to jump through a bunch of ridiculous hoops to obtain a visa.

Now, as a Russian citizen, he can enter the country without any problems.

It also opens up several other countries that he can travel to without a visa, or other hassles.

US citizens traveling to Argentina, for example, must pay a $160 reciprocity fee before entering the country; it’s Argentina’s way of doing to Americans what the US government does to Argentine citizens.

(Canadians and Australians have the same challenge.)

I’m not trying to convince you that a Russian passport is the greatest thing since the invention of the wheel. Far from it.

But the point is to look at a passport for what it is: a tool.

It’s just a piece of paper; a passport doesn’t define who you are as a person, and it’s not something to get emotional about. It’s a practical tool that has tremendous advantages.

Right now if you only have a single passport, your entire life is subject to the command of a single government– one that has likely reduced your freedoms, and whose interests are not aligned with yours.

Having a second passport fixes this problem by ensuring that not all of your eggs are in one basket.

And it opens up more places to live, work, travel, invest, and do business… without having to be 100% reliant on a single bankrupt government.

More options mean more freedom. If something happens in one country, you always have a Plan B. This just makes practical sense.

Now, Roy Jones Jr. is a celebrity-ish, so he was able to obtain citizenship directly from Vladimir Putin in one month.

But don’t be jealous. He had to spend twenty-six years getting punched in the face to get famous enough to do this.

So in reality it took Roy Jones Jr. 26 years and one month to obtain a second passport.

You can get a second passport in a tiny fraction of that time.

In Belgium, Chile, Panama, and Colombia, for example, you can qualify to apply for citizenship in just five years– and you don’t even need to live there full time.

In Singapore, Argentina, and Peru, you can qualify to apply for citizenship in as little as 2 years.

Israel’s Law of Return provides a path for all Jews to obtain citizenship.

And if you happen to have ancestors from Ireland, Poland, Italy, etc., you might end up with almost instant citizenship.

Every country on the planet has its own laws governing passports and citizenship. There are literally dozens and dozens of options.

There are probably several that are right for you. And as far as I am aware, none of these options requires getting punched in the face.