Is a second passport only for the ultra-wealthy? 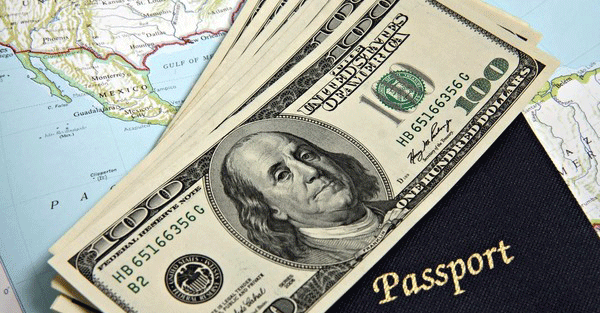 When you think about ‘insurance’, chances are you probably think about term life, home insurance, or liability insurance.

But one of the best insurance policies you could ever get your hands on is a second passport.

Like most types of insurance, it’s one you hope you never have to use.

But if the day ever came where you felt like you needed to get out of Dodge, or political turmoil in your home country ever became extreme, or you felt your family’s safety was in danger, having another citizenship ensures a way out.

It means that, no matter what happens, you’ll always have a place to go.

In short, this Plan B gives you another option… which fundamentally means more freedom.

UNLIKE most types of insurance, though, having a second passport can also provide a lot of benefit even if nothing bad ever happens.

With a second passport, you have the ability to travel, invest, and do business in more places.

In many cases your children, and your children’s children, will also inherit the second citizenship you obtain, so future generations will continue to reap benefits from this no-brainer insurance policy.

As the world has gotten crazier over the past several years, the interest in obtaining a second passport is rising.

Entire governments are sliding into insolvency. Capital controls have been introduced. Interest rates are negative.

And folks are starting to realize that a second passport is an excellent insurance policy against these threats.

The common misperception, however, is that a second passport is only for the ultra-wealthy.

And that’s simply not true. ANYONE can obtain a second passport.

Now, some people are fortunate enough to be a part of the lucky bloodline club.

In other words, their parents (or grandparents) hail from places like Ireland, Poland, etc., so they’re entitled to obtain nationality by ancestry.

This is, by far, the fastest, easiest, and most cost effective way to obtain a second citizenship.

But it’s not the only way.

Another option is to “buy” a second passport.

No, not from the shameful, unethical morons on the Internet talking about their ‘hookups’ in Mexico and Bulgaria.

I’m talking about legal “citizenship by investment” programs that have been established in a number of countries like Malta in Europe, to Antigua, Dominica, and St. Kitts in the Caribbean.

The rules for these programs vary, but the general idea is that you make an investment or donation, plus pay a bunch of hefty fees, in exchange for citizenship and a passport.

These are completely legitimate programs, and the passports themselves are very high quality (i.e. you can travel visa-free all over the world with them).

But the price tags on these programs can be anywhere from low six figures up to a few million dollars.

Investment-based citizenship programs are definitely for the wealthy.

If you have $100,000 or even $1 million, it doesn’t make financial sense in most cases to buy another passport.

So what about folks who aren’t ultra-wealthy or part of the lucky bloodline club?

Easy. There are dozens of options for people who are of more modest means to obtain this ultimate form of insurance.

Establishing legal residency in a country is often the most straightforward way to eventually become a citizen.

Depending on each individual country’s specific rules, you first obtain residency (or an immigrant visa) which usually confers legal status to live AND work in a country.

And after a certain number of years of residency, you become eligible to apply for naturalization and citizenship.

This varies from country to country; it can be as little as two years (Argentina) to five years (Panama) to ten years or more.

So instead of “paying” for citizenship with money, you pay with time.

But here’s a secret: in many countries, you don’t actually have to maintain a physical presence in the country in order to qualify for naturalization.

In some countries, you can maintain your residency “on paper” without actually having to move there full time.

So you establish residency on your first trip down, take a few vacations there over the years, and eventually submit your paperwork for naturalization.

(Other countries only require a temporary presence, i.e. six months worth of residency, in order to qualify.)

In the meantime, you and your family still have full legal status to live, work, invest, and do business in the country.

So you are still receiving most of the “insurance” benefits of a second passport without having to fork over hundreds of thousands, or even millions of dollars.

And of course, in a few years, you can qualify to apply for naturalization, after which you’ll receive that second passport.

Residency-based citizenship takes a bit more patience, but it’s a very cost effective way to get a second passport.

This is a strategy that makes sense no matter what.

Again, even if nothing catastrophic ever happens with your bankrupt government or financial system, and it’s all rainbows and unicorns from here on out, there’s no downside in having the addition option to live, work, invest, and do business somewhere that you want to be anyhow.

But if something bad does ever happen, you’ll already have your Plan B in place.

After all, you don’t want to start thinking about where you’ll go and what you’ll do AFTER things have already gone bad.

Maybe that day never comes. And so what? In a few years you’ll have another passport, and all the freedom and benefits that go along with that.

And future generations will be able to enjoy those benefits based on the tiny effort that you made today.