Jewish? Here’s how to pay ZERO tax for 10 years 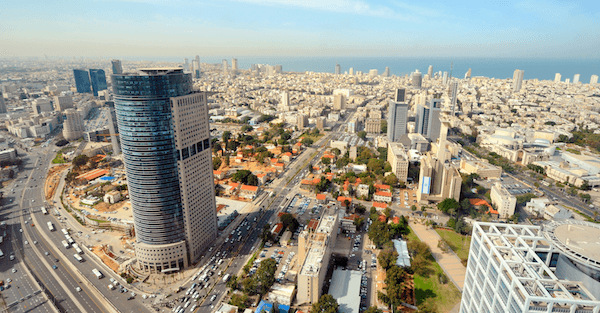 Meital took one simple, legal step to save about $30,000 in taxes every year.

She used to be an international photographer based in NYC, making about $100,000. But despite that income, she was still living paycheck-to-paycheck.

As a self-employed person, she often forked over some $30,000-$50,000 in taxes to Uncle Sam every year. (Self-employed, sole proprietors in the US pay some of the highest tax rates out there.) Add in NYC living costs and there was nothing left for savings.

Lonely and broke, she asked her cousin, a rabbi (the family is Jewish), for advice. He suggested she move to Israel, which offers easily attainable citizenship to Jews around the world.

Meital calls the move “the best decision [she’s] ever made.”

But there’s another huge benefit: It turns out that gaining Israeli citizenship and living in Israel also renders tremendous tax benefits to new citizen/residents.

The ability to increase your income — and keep more of it — is one benefit of holding a second passport and moving abroad.

But a second citizenship also greatly expands your freedom. It gives you unfettered access to another home base. If things go south in your home country, you and your family have more options for where you can live, work and invest.

If you’re Jewish, gaining an Israeli passport is generally a fast, relatively straightforward process. You just apply, fill out the forms and wait about a year.

And new citizens who move to Israel get an enormous tax break… for a decade.

In 2008, the Knesset (Israeli parliament) passed an amendment exempting new immigrants from tax on income from abroad. Someone who starts a restaurant in Israel isn’t exempt, but a new immigrant who makes money elsewhere, like Meital does with her photography, generally doesn’t have to pay Israeli taxes on that income.

And again, new citizens are exempt from Israeli taxes for the first ten years they live in Israel.

Additionally, because Israel and the US have what’s called a double taxation treaty, dual US-Israeli citizens like Meital are only required to pay taxes in one place — in this case, Israel.

(Dual citizens still have to file a US tax return, and potentially other documents telling Uncle Sam they have foreign bank accounts.)

This is one of the few safe and legitimate ways for US citizens to drastically reduce taxes. Puerto Rico is another.

And there are other financial benefits… the Israeli government pays people when they have kids – $41 per month for the first kid and $52/month for the second/third kids. And that cash is deposited directly into your Israeli bank account.

Each kid eligible for that benefit also gets a savings account opened in their name, and the government deposits about $14 per month per child.

And new Israeli citizens are exempt from military conscription (though, depending on your age and when you arrived in Israel, you could be drafted in the case of war).

While the financial gains are nice, Meital has had to adjust to a different culture, a different language, and the constant threat of terrorism and war.

And Israel is not cheap.

But Meital has a grand arbitrage plan — live in Israel for the foreseeable future, then retire somewhere less expensive, having saved hundreds of thousands of dollars in taxes.

Frankly, this option wouldn’t have been available to her if she stayed in New York… she would have continued laboring away while the government took the lion’s share of her wages.

An Israeli citizenship gave her more money and more options.

Plus, she can pass on that second citizenship to her descendants.

If you’re Jewish — or are converting to Judaism — then Israeli citizenship may be just the option for you.

If you’re not Jewish but want to see how you might qualify for a different, second passport, you can get all of that information here.

In addition to more freedom, you may find a second citizenship also gives you a greater sense of belonging.