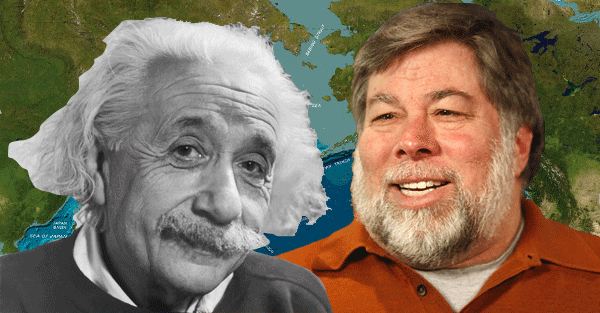 In January 1933 Albert Einstein was visiting the US under a research grant from Princeton University.

Meanwhile back home in Germany Adolf Hitler had just become elected chancellor and started creating an atmosphere hostile for Jews, intellectuals and pacifists, of which Einstein was three times guilty.

Recognizing the danger of continuing to hold a German passport, Einstein traveled to Belgium where he renounced his German citizenship.

By that time the Nazis had raided his cottage, confiscated his property and seized his bank accounts.

Einstein was heartbroken to see his homeland overrun by fascists, but he didn’t waste any time looking back.

As a renowned scientist he was highly sought out for university postings and speaking engagements all over the world.

After spending time in a few countries in Europe he eventually got permanent residency in the US in 1935 and became a citizen in 1940.

Having been a Swiss citizen as well since 1901, Einstein didn’t really need to get another passport from the US, but judged that the country would be a better place for him to work and grow, so he wanted to become part of his new society as much as possible. 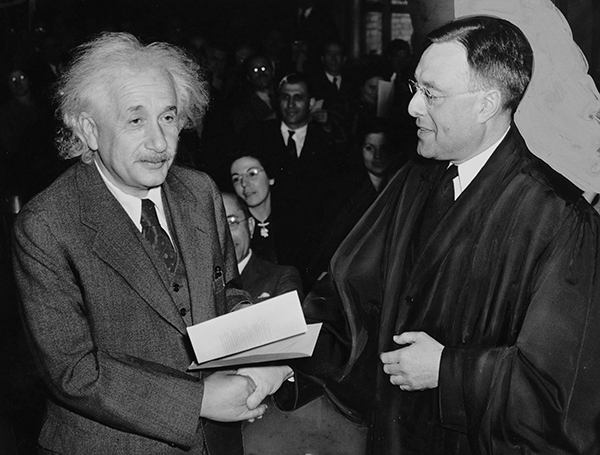 If this same scenario played out today, it’s likely Einstein would have looked for a different country to call home.

We don’t have to speculate on this matter, we can just ask Steve Wozniak what he’s doing.

The co-founder of Apple obtained permanent residency in Australia where he intends to relocate full-time and eventually become a citizen.

Woz’s whole family is planning to spend most of their time in Australia, with his son already settled there.

If a quick-fix was his aim, someone of Woz’ wealth could have easily gotten a second passport through one of the economic citizenship programs in places like St. Kitts and Nevis, Dominica or Antigua and Barbuda.

Instead Woz has chosen to do things the old fashioned and safer way—by first becoming a resident, relocating to the country and integrating into society.

In his words: “I want to be a distinguished part of this country and some day I may say I lived and died an Australian, and that would be a really nice thing to be able to say.”

Doing it this way will take at least 4 years, and Woz will be close to 70 before he’s eligible to become an Australian citizen.

It would have been easy for him to stay at home and enjoy his retirement in a familiar place.

Instead he chose to seek out a new country that is more in line with his values.

There’s always going to be a tradeoff when moving abroad, but you get to choose a place that has more of what you want and less of what you don’t.

Want to finally learn a second language? There are numerous residency options across Europe and Latin America.

Do you want to be a part of a fast growing entrepreneurial environment in a country that’s easy to relocate to? Consider here in Chile, or Colombia.

As Woz says, “No country is perfect, but I like a lot of things about this place.”