“The American people want a solemn ass as a President.” 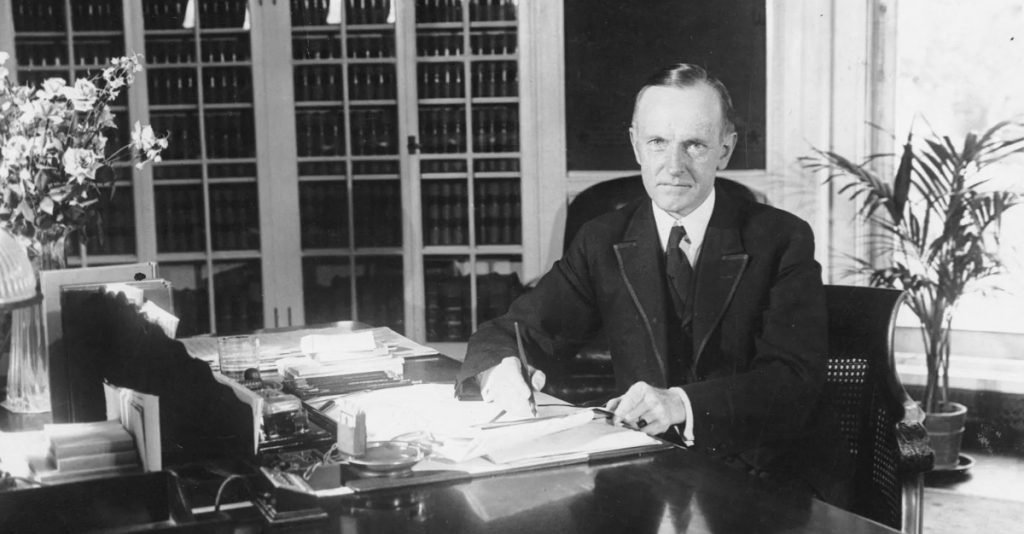 It was late in the evening on August 2, 1923 when Vice President Calvin Coolidge heard a knock on the door.

He was visiting his family home in Vermont, where there was no phone service, or even electricity. So the White House had sent an official messenger to relay the news that President Warren Harding had suddenly died of a heart attack.

Coolidge was sworn into office under a kerosene lamp at 2:47am, after which the new President went back to bed.

The next morning he returned to Washington, DC to survey the mess.

The Interior Secretary had been taking bribes. A Veterans Bureau director was embezzling funds. A close friend of Harding had been selling access to the White House, but was later found dead. Corrupt FBI agents were on the payroll of illegal bootleggers.

People were disgusted. And the public’s trust in government plummeted to levels not seen since the Civil War.

To complicate matters even more, Congress was coming apart at the seams with plenty of infighting among the parties. And by early December when it came time to elect a Speaker, it took NINE ballots before the House of Representatives reached a compromise.

It was all incredibly embarrassing; by 1923 the US was already the largest economy in the world and a rising superpower. But the scandals and dysfunction made the nation look weak… and incapable of assuming a global leadership role.

Coolidge, nevertheless, got to work and tried to repair the damage.

He methodically dealt with his predecessor’s scandals, fired all those involved, and assisted in prosecuting them.

He cut taxes and balanced the budget. In fact Coolidge was the last US President to leave office having paid down the national debt.

Personally, Coolidge was legendary for his aloof, laconic personality, giving rise to the nickname “Silent Cal”.

In one joke that surfaced, a man reportedly said to Coolidge at a dinner party, “I made a bet that I could get more than two words out of you.” Silent Cal cooly replied, “You lose.”

Even Coolidge himself once remarked, “the American people want a solemn ass as a President. And I think I will go along with them.”

He didn’t seem to care about fame or recognition. He just wanted to leave America better off than when he took the reigns. And one of the ways he did that was by trying to keep government as small as possible.

Silent Cal was legendary for vetoing bills, having once said, “It is much more important to kill bad bills than pass good ones.”

In 1927, for example, after a great deal of bickering and horse trading, Congress finally passed a bail-out package for farmers. The bill had popular support, but Coolidge believed that it would only expand the federal bureaucracy and do very little for farmers… so he vetoed it.

Perhaps most stunning was Coolidge choosing to NOT run for a second term in 1928; he felt that he had already spent too much time in politics, and far too much time in Washington, and that it was someone else’s turn to take over.

Now, I write all of this to give you an indication that, even with all of this dysfunction we can see today, this is nothing new.

History is full of examples going back to the ancient Egyptians and Roman Empire, where the world’s dominant superpower experienced humiliating dysfunction.

The United States has had plenty of dysfunction, scandal, incompetence, and embarrassments too.

Americans were fed up with their government in 1923. And Congress was full of bitter, reckless, grandstanding sociopaths who couldn’t even agree about who to elect Speaker of the House.

Today Americans are just as fed up with their government. And Congress is still full of bitter, reckless, grandstanding sociopaths who can’t agree about their Speaker.

100 years ago they at least had Silent Cal to keep the government small and veto terrible legislation.

Today we have a guy who shakes hands with thin air…

But there is a bright side to this dysfunction: if they can barely reach a compromise on their own leadership, then most likely they won’t be able to pass anything too terribly destructive.

Most likely, for example, they won’t be able to significantly raise taxes or demolish the tax benefits of certain retirement accounts– both of which were on the table recently.

They probably aren’t going to reduce the nearly $13 million gift/ estate tax exclusion before it sunsets back to $5 million (plus inflation adjustments) in 2026.

In short, it’s reasonable to expect very little to happen for the next two years. And that’s a good thing.

New York politician Gideon J. Tucker once wrote, “No man’s life, liberty or property are safe while the Legislature is in session.”

True words. And in this case, some of the biggest threats to your freedom and prosperity are busy fighting each other.

You can use their dysfunction to your advantage; they’re creating a window of opportunity to get your house in order.

You could, for example, use this window to grandfather yourself into certain tax benefits—such as Puerto Rico’s tax incentives, or taking advantage of the higher gift exemption to reduce future tax liabilities.

This is a great time to think about more robust retirement accounts (while they still exist) and max out the contributions (while they’re still high).

You might also be able to take advantage of the MUCH lower 10.5% tax rate on foreign corporate income (which is known rather spitefully as the “GILTI tax”).

There are so many more options to consider right now.

Some day the dysfunction and gridlock will end, and these people will be able to resume their mission of destroying America. Take advantage of the time they’re giving you. 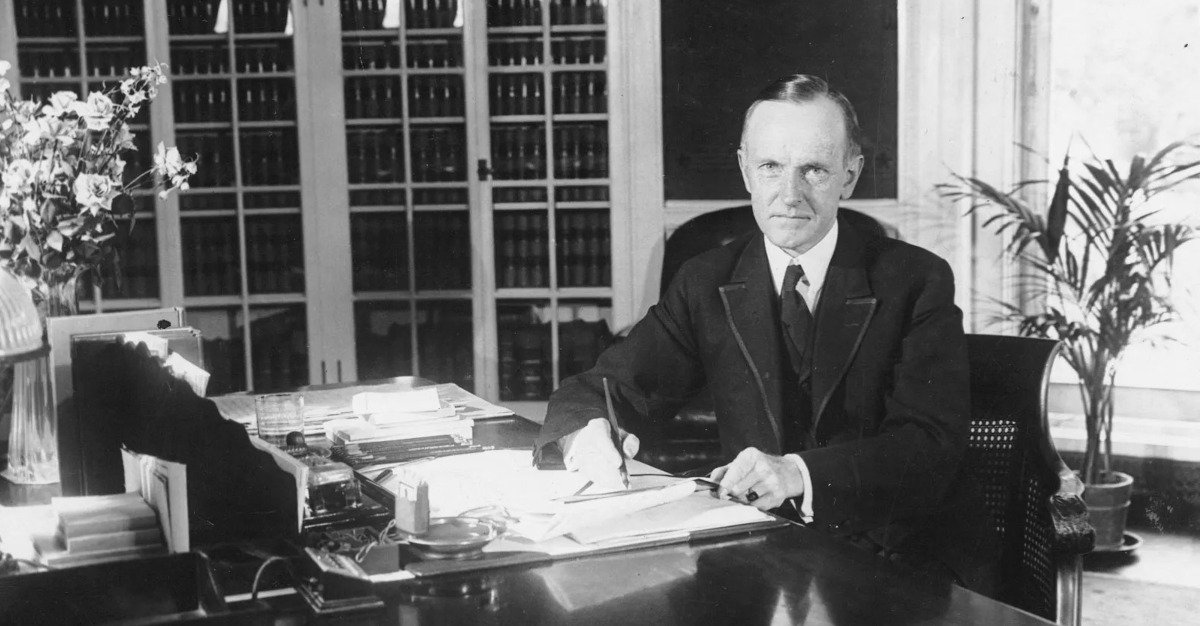